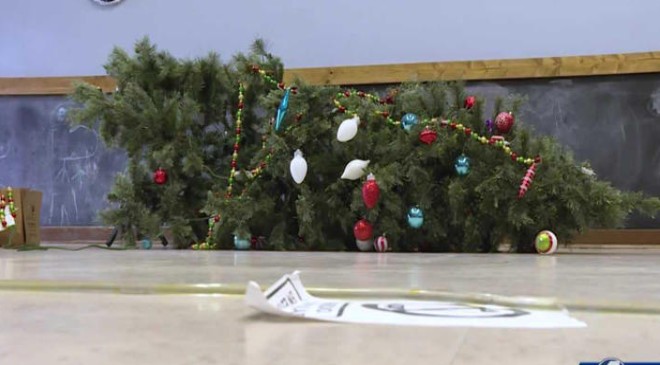 “Things could always be worse,” Executive Director Jennifer Brooks said. “We have some damage, not as much structurally. We have some ceilings, walls, floors, furniture, and furnishings, a lot of our therapy supplies were damaged.”

Brooks was ready to reopen the facility after the Christmas Holiday but instead walked into pools of water.

“I wanted to cry but then I realized that none of the staff were here and that overall it’s just a building. We have insurance so it will eventually work itself out,” Brooks said.

The organization specializes in mental health resources for kids and serves 300 families a week. Brooks said having a space to work makes all the difference but for now, patients will have to move to telehealth services.

“For a lot of our kiddos, that just is not effective so that won’t work for us. We have to do it in person,” Brooks said.

To make matters worse, just when they found the cause of the first leak, another pipe burst while we toured the facility Monday afternoon.

Brooks thanked the community for all the support over the years and hopes people can step in and give them a helping hand to pick up right where they left off.

Until then she believes positivity is key.

Depending on the extent of the damage, Brooks is hoping to reopen in a week. However, they still need to replace the equipment that was damaged.

If you would like to find out what you can do to help or donate to Carolina Family Services, click here.