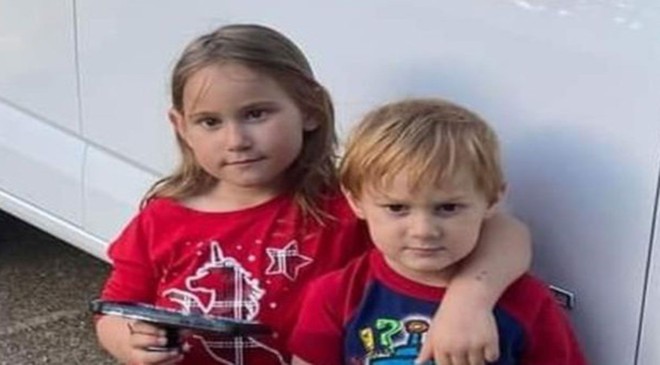 An Arkansas 6-year-old boy found dead under the floorboards of his home died after being drowned in the toilet.

The boy’s mother, Ashley Rolland, and her boyfriend, Nathan Bridges, were arrested in the death after the boy was found on Dec. 16 in the Moro, Arkansas, home.

Read More:-You really should mask up again, says infectious disease expert: The tripledemic is hitting ‘too fast and too furious’

Bridges is charged with capital murder, abuse of a corpse, tampering with physical evidence, endangering the welfare of a minor and battery, court records show.

Rolland is charged with being an accomplice to capital murder, abuse of a corpse, tampering with physical evidence, endangering the welfare of a child, battery and permitting child abuse, court records show.

Read More:-Americans can once again get free COVID-19 tests — here’s how

Arkansas State Police previously said the little boy, who is called Blu, died of injuries likely sustained in the home about three months ago, but an arrest affidavit states the boy was drowned in a toilet in the home.

According to the affidavit, Rolland initially told deputies that Blu was not at home when they were there to perform a civil standby. However, she eventually confessed to her father that the little boy was dead inside of the home. She told her dad the boy’s remains were located under the newly-nailed floorboards.

Deputies went back to the home in hopes of finding the little boy alive, according to the affidavit, but underneath the floorboard, they found a child’s flip-flops and a blanket. When they removed the top layer of soil, they were met with the smell of decay, the affidavit states.

Read More:-Scientists Have Searched for Baby Pink Iguanas for Decades. They Finally Found Them

Rolland told her dad the boy had collapsed and died, but when she was interviewed by detectives, she said Blu died in September after he bit Bridges’ finger. As a punishment, Bridges stuck the little boy’s head repeatedly into the toilet until he drowned, according to the affidavit.

“There’s so much anger because I miss my grandson,” the boy’s grandmother, Karen Rolland, told Fox 13.

Authorities took Blu’s sister to the hospital because she had what appeared to be scabs on her head, per the affidavit. The staff at Forrest City Medical Center determined the child had been severely burned.

Rolland told authorities that Bridges held her daughter under hot water in the bathtub to address her behavioral issues, the affidavit states.

Bridges declined to be interviewed by deputies. He is being held in jail on no bond, records show. Rolland is also being held without bond.

Court records indicate both Bridges and Rolland are being represented by a public defender with the Arkansas Public Defender Commission. PEOPLE’s attempts to reach them for comment Thursday night were unsuccessful.

A GoFundMe has been set up to help Karen Rolland pay for Blu’s burial.