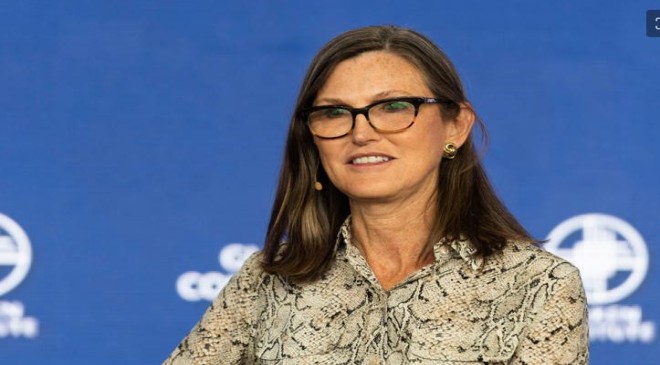 (Bloomberg) — Cathie Wood ramped up purchases of Tesla Inc. shares in the fourth quarter even as concerns over Chief Executive Officer Elon Musk’s ability to manage businesses rise, potentially signifying her faith in the billionaire and electric vehicles.

Exchange traded funds backed by Ark Investment Management LLC bought slightly more than 445,000 shares of the electric vehicle maker since Oct. 3, when they started their latest buying streak, according to Ark trading data compiled by Bloomberg. This is the first quarter in seven that Ark has net bought Tesla shares.

Ark’s purchases in the final quarter-to-date work out to around $88 million based on Tesla’s average trading price from Oct. 3 to Dec. 20. Even so, Tesla’s weight in the firm’s flagship fund has dropped to third rank from the pole position it had before October thanks to a 61% plunge in its share price this year, poised for its worst annual return ever.

Musk has been in the spotlight due to growing criticism on his involvement in Twitter Inc. as well as rising concerns from investors who have been vocal about the need for a governance change at the electric vehicle maker. Longtime investor Ross Gerber, CEO of Gerber Kawasaki Wealth Management, recently tweeted about a perceived lack of leadership at Tesla and said it’s “time for a shakeup.”

Wood’s flagship Ark Innovation ETF is down 66% for the year compared to a 32% decline in the Nasdaq 100 Index as historical tightening by the Federal Reserve and global recession fears have continued to batter growth stocks.