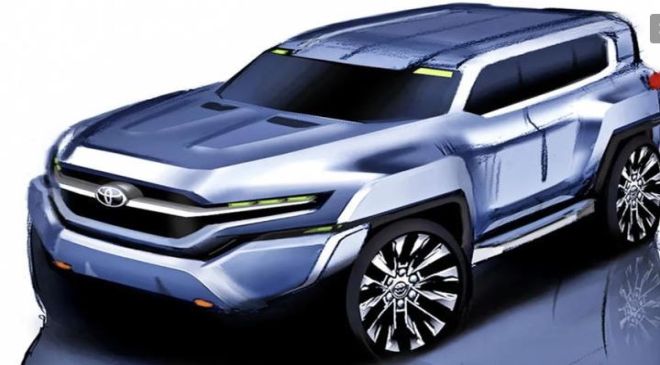 2024 Toyota 4Runner Hybrid: What we know so far

The 2024 Toyota 4Runner Hybrid is probably in the works. The SUV will join the lineup of updated trucks and SUVs, including the Toyota Sequoia Hybrid, Toyota Tundra Hybrid, and possibly the Tacoma Tacoma Hybrid.

Of course, these vehicles may be on track to follow in the tracks of the Toyota Hilux EV or hydrogen-powered Hilux. But electric models are father down the pipeline as Toyota believes that electric vehicles aren’t the only way to achieve carbon neutrality.

The 2024 4Runner will probably ride on the new TNGA-F platform for large vehicles, like the new Sequioa and Tundra. It could also adopt a similar style with a more prominent grille framed by updated LED lights.

How much power will the 4Runner Hybrid have?

Some rumors suggest that the 2024 Toyota 4Runner Hybrid will gain the i-FORCE Max hybrid powertrain. It pairs a 3.4-liter V6 engine with an electric motor and a battery pack to crank out 473 hp and 583 lb-ft of torque.

But this setup could be a bit heavy for the 4Runner, which is smaller than the Sequioa. That’s why it could get the hybrid setup from the Lexus RX.

It has a turbocharged 2.4-liter inline-four engine, two electric motors, and a high-output battery to crank out 367 hp. The 2023 4Runner uses a 4.0-liter V6 engine with 270 hp and 278 lb-ft of torque. The setup from the Lexus RX could be tuned differently to provide more power.

Either way, we can expect the new 4Runner to have a bit more muscle. The current model can accelerate from 0 to 60 mph in about 7.7 seconds. It could get a peppier acceleration.

The 4Runner gets an EPA-estimated 16 mpg in the city and up to 19 mpg on the highway, so a hybrid variant could deliver savings at the pump.

What else can we expect from the 4Runner Hybrid?

What’s so Great About the Toyota 4Runner?

The 2024 Toyota 4Runner Hybrid should maintain a body-on-frame construction for an enhanced off-roading performance and more durability. But it could gain a rear coil spring suspension to improve its ride over pavement and to provide more responsive handling.

Also, it’s safe to expect interior upgrades. Hard, cheap plastics could be replaced by higher-quality materials such as premium leather upholstery. We wouldn’t be surprised if a larger, panoramic sunroof made the cut.

New tech should be on the way as well. Wireless Apple CarPlay and Android Auto would be welcomed additions. Plus, the 4Runner could gain a larger digital gauge cluster, and the 8.0-inch infotainment system could be replaced by a bigger unit.

Don’t let the 2024 Toyota Tacoma Hybrid steal the spotlight. There should be plenty of excitement for the 2024 Toyota 4Runner Hybrid too. The new generation has been about 13 years in the making.