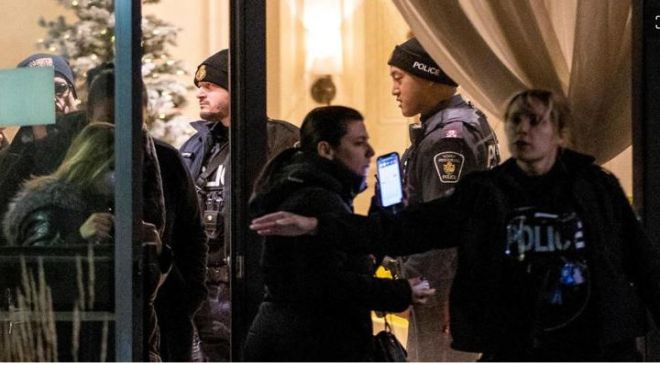 Five people have died after a gunman opened fire at a block of flats in Toronto, Canada.

Police responded to reports of the shooting at the building in Vaughan, about 30km (19 miles) north of Toronto, at 19:20 (12:20 GMT) on Sunday, shooting the suspect dead there.

Another injured person has been taken to hospital in a serious condition.

Authorities are investigating the motive, including a possible connection between the gunman and the victims.

Mr MacSween said there was no ongoing threat to the public, and York police said those evacuated could return to their homes.

While it has fewer mass shootings than neighbour the US, Canada has recently seen an increase in gun violence prompting recent legislation to ban handguns.

In May 2020 Canada banned 1,500 types of military-grade or assault-style firearms after a gunman disguised as a policeman killed 22 people in Nova Scotia.