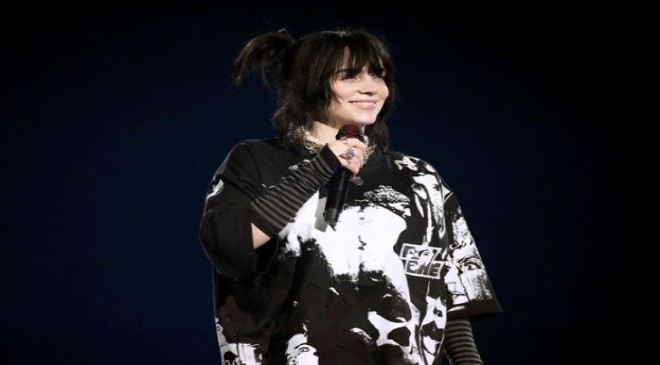 Billie Eilish was joined by some special guests at her concert Friday night (Dec. 16) at the Kia Forum: Childish Gambino and Khalid.

The show — Eilish’s last scheduled for 2022, before the Happier Than Ever world tour picks up again in March 2023 — was her third of a trio of hometown dates at the Los Angeles venue. Being just two days before her Dec. 18 birthday, Donald Glover (aka Childish Gambino) took a moment to wish her a happy birthday with the crowd.

He also performed his Grammy-winning song “Redbone” from his 2016 album Awaken, My Love!

Khalid took the stage with Eilish elsewhere during the concert, for both his 2018 “Lovely” collaboration with Eilish and his own 2016 single “Location.”

The night prior, Eilish’s concert at the Kia Forum had featured a special duet of the 1998 Foo Fighters hit “My Hero” with Dave Grohl, in tribute to the late Taylor Hawkins, as well as an appearance from Phoebe Bridgers for a duet of her 2017 breakthrough song “Motion Sickness.”