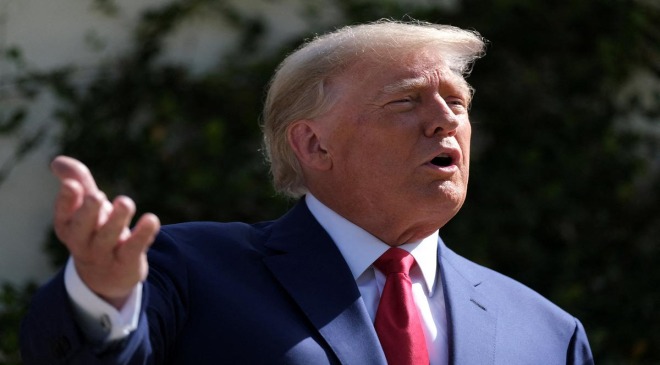 Federal investigators have been scrutinizing emails between lawyers for Donald Trump and a loyalist Republican congressman for months, it emerged on Friday, casting new light on the direction of the criminal inquiry into the former president’s alleged insurrection efforts.

Beryl Howell, the US district court chief judge, granted a request from the justice department to unseal an order she made in June.

Perry has previously been implicated in Trump’s efforts to overturn his election defeat to Joe Biden. Earlier this week, some of his texts sent to Mark Meadows, former White House chief of staff, came to light, showing increasingly desperate efforts to try to keep Trump in power around the time of the 6 January 2021 Capitol attack.

Those efforts included seizing voting machines and suggesting that the US government should investigate an outlandish conspiracy theory in which Italian satellites were used to zap the machines from space and flip votes for Trump to Biden.

Eastman and his allies had claimed the emails were protected by presidential privilege but Washington DC-based judge Howell’s order rejected that order.

The development comes as the bipartisan panel investigating the Capitol attack and Trump’s subversion prepares to release its final report Monday as well as make civil and criminal referrals.

Trump, Eastman and Clark, who sought to become acting attorney general in the waning days of the Trump presidency, are all thought to be among those who could be referred for charges.

Politico reports that Howell unsealed a second opinion, issued in September, in which she determined that 331 documents from Clark were also not protected by attorney-client privilege.

The contents of the emails and documents are not known, but the revelation they were in the hands of the criminal inquiry provides a clue to investigators’ thinking over Trump’s plotting.

Federal agents seized Eastman’s phone in June, the same time as Howell made her order. Perry’s phone was seized in August. Both lost legal challenges to reclaim them, Politico says.