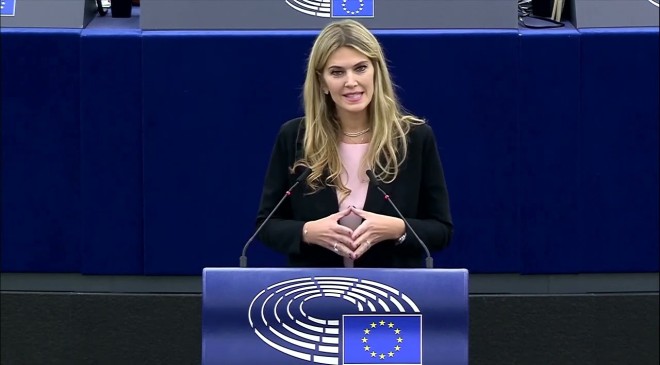 The confession to Belgian investigators was first reported by the Belgian newspaper Le Soir and the Italian newspaper La Repubblica.

Giorgi’s confession to taking bribes from Qatar to influence European Parliament decisions on Qatar had made “a significant contribution” to the probe underway by Belgian investigating magistrates, one of the sources said.

According to the same source, Giorgi, an EU parliamentary assistant, sought to exonerate his partner Kaili from any wrongdoing. Greek MEP Kaili, who was ousted from her role as vice president of the European Parliament on Monday, has denied any wrongdoing through her lawyer.

The lawyer for Giorgi, who is currently in detention pending further investigation of the case, did not immediately respond to a request for comment.

Qatar has also denied it had sought to bribe MEPs.

“The State of Qatar categorically rejects any attempts to associate it with accusations of misconduct. Any association of the Qatari government with the reported claims is baseless and gravely misinformed,” a Qatari official told Reuters on Thursday in response to questions about alleged Qatari attempts to influence the European Parliament.

In his confession, Giorgi also said he suspected Belgian MEP Marc Tarabella had received money from Qatar, a source close to the investigation said.

Tarabella, who had previously confirmed that his home was searched on Saturday as part of the Belgian investigation, has denied any wrongdoing. His lawyer did not immediately respond to a request for comment.

Reuters could not determine if Giorgi had provided any evidence for his allegations against Tarabella and Cozzolino.

Cozzolino did not respond to an emailed request from Reuters for comment but told Italian news agencies: “I am not under investigation. I have not been questioned. I have not been searched, nor has my office been sealed.”

The European Parliament on Thursday suspended all work on legislation linked to Qatar, and parliament’s president, Roberta Metsola, told EU leaders she would lead reforms to prevent a repeat of a criminal corruption scandal.