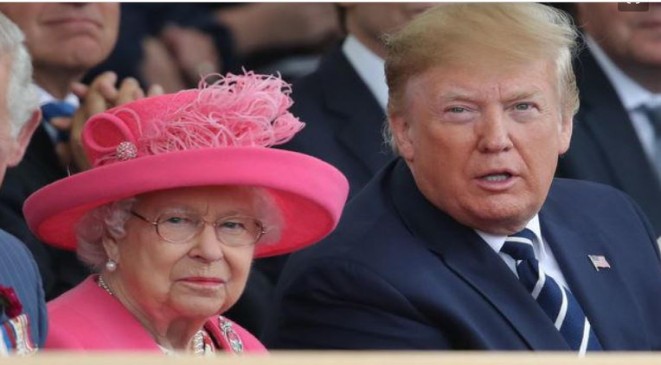 Earlier in the week, Donald Trump teased a “major announcement” on Truth Social, the platform he took to after being banned from Twitter last year. On Thursday the former president revealed the news, which turned out to be a disappointment even to some of Trump’s supporters.

The big reveal is a new NFT collection. “My official Donald Trump Digital Trading Card collection is here!” he posted. Trump never used the abbreviation “NFT” in the post, but that’s indeed what the “digital trading cards” are: 45,000 NFTs on the Polygon blockchain, priced at $99 each.

More than 29,000 have been sold since Trump made the announcement, according to OpenSea data, generating more than $2.8 million. If the entire collection sells out — 45,000 is an uncommonly large size for an NFT set, which typically consist of 10,000 pieces — it would raise $4.45 million. The creators also get a 10% cut of any of the NFTs sold on secondary markets like OpenSea.

NFTs, or nonfungible tokens, are tokens on a blockchain that prove ownership of a digital asset. They are to digital goods what a deed is to a house. The first NFT collections date back to 2017, but the market exploded last year as a powerful wave of speculation drove prices up to stunning levels. The most famous collection, The Bored Ape Yacht Club, launched at around $250 and peaked in price earlier this year at $400,000 a pop.

Yet economic uncertainty and rising interest rates have greatly dampened excitement. Trading volume on OpenSea, the biggest market for such wares, hit $250 million last month — compared with $2.5 billion in May. Trump’s foray into NFTs follows his wife Melania’s but comes at a much less auspicious time.

Trump described the art as “very much like a baseball card, but hopefully much more exciting.” Buying a Trump NFT enters you into a raffle to win a number of prizes, including a one-on-one meeting with Trump at Mar-a-Lago. Those who purchase over 45 of the cards automatically get to meet the former president at a gala dinner in Florida. Thus far 69 people have more than 45 of the NFTs in their digital wallet, according to Dune data.

NFT INT, the company behind the collection, says on its site that the money raised won’t be funneled into Trump’s 2024 presidential campaign. It appears Trump himself isn’t behind the project and instead licensed his likeness.

“NFT INT LLC is not owned, managed or controlled by Donald J. Trump, The Trump Organization, CIC Digital LLC or any of their respective principals or affiliates. NFT INT LLC uses Donald J. Trump’s name, likeness and image under paid license from CIC Digital LLC, which license may be terminated or revoked according to its terms,” a blurb on the collection’s site reads.