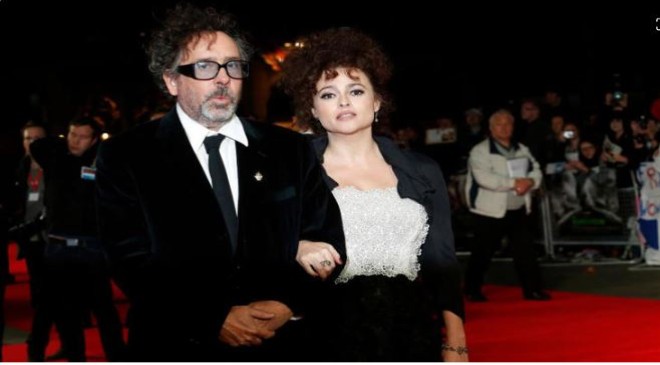 The model coupling – the dream, if you will – was always Helena Bonham Carter and Tim Burton, or Annie Leibovitz and Susan Sontag: maintaining a marriage, de facto or real, across two separate households, so that you got all the benefits with none of the gross bits. You could keep the magic alive, extend the honeymoon period indefinitely and, by protecting your space and rationing your time together, create a scenario in which you were actually happy to see each other. Trends originating with celebrities tend to be fake, meaningless or massaged, but the appeal of this model has lingered on. Overlooking the small matter of money, what, exactly, is there not to like?

Or rather, what is there not to like for the women in any given couple? In the New York Times this week – sound the klaxon – a new trends piece drops on the growing numbers of women in the US who, post-pandemic, are opting to sustain the separate household model of marriage, established during lockdown by some families to reduce Covid transmissions, and proving so preferable to the norm, apparently, that they’re in no hurry to reunite with their husbands.

It’s well known that among straight couples, women initiate most divorces – by some reckonings 70% – and pushing for separate households is, I would imagine, a staging post towards this end for many of the numbers in this new trend. But for others, perhaps it really is a viable solution to the problem of loving your spouse but not wanting them underfoot all the sodding time.

I confess, I’m biased in this area. I live with my kids, but I’ve never cohabited full time with a romantic partner. The luxury of deciding when people come and go in your house is a hard one to relinquish and once you get used to not living inside someone else’s emotional weather – the idea of it makes me simultaneously panicked and livid – it’s very hard to give it up.

In the US and the UK marriage numbers have been declining for the last decade, and for some time in both countries, single adult women have outnumbered their married counterparts. What’s new is the surge in those who still identify as married but live apart from their spouse; in the US, married couples maintaining separate households rose by a quarter between 2000 and 2019, and in 2021, that number sharply climbed again, according to the New York Times. It is estimated by the Census Bureau that 3.89 million Americans, or 2.95% of married couples, live apart. They even have a little acronym: Lat, or “living apart together”.

The trend appears a likely result both of everyone being home for the past two-plus years and driving each other insane, and the fact that after lockdown ended, studies showed that men swiftly dropped the childcare and domestic work some had adopted during that period. Judging by case studies in the article, for some women, quarantining in a quiet, separate residence while their husbands shouldered the caretaking at home, struck them at the level of a revelation. For others, the fact that even a global pandemic did little to undermine – or in some cases, actively deepened – the division of labour at home along traditional gender lines had a straw-that-broke-it effect.

I mean, obviously there are downsides to this whole thing, mainly financial, particularly if you have kids. The overheads on two households are eye-bleeding. I remember being shaken when, straight out of college, a few friends hastily moved in with their partners and just as hastily married, primarily, it seemed to me, to reduce costs. This seemed mad at the time, but on reflection, perhaps, was no madder a rationale than any other. And on closer inspection, of course, neither of those totemic celebrity relationships advertised anything beyond separation (Bonham Carter/Burton) or dysfunction (Leibovitz/Sontag).

The Lat model can also be a dodge, I see that. If I wasn’t too cheap and lazy to go to therapy I would address the fact that my own behaviour is often avoidance masquerading as something more noble and decisive, a laundering process in which I am expert. Still, if the close-proximity model – stay in my general area, pop around all the time, but if you don’t mind awfully, don’t leave stuff in my fridge and if you’re in a mood (or I am) bugger off when I say so – is becoming increasingly popular, I can say with some confidence it works for me.