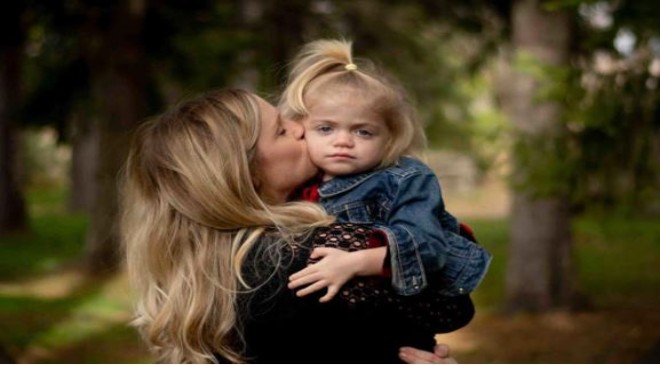 ACouncil Bluffs teacher is asking for help raising money for research as her 3-year-old niece in Wisconsin faces a rare and fatal diagnosis.

It’s called Sanfilippo Syndrome Type B and there is no cure. Her family says it’s comparable to childhood Alzheimer’s.Sign up for our Newsletters

Olivia Stoop’s aunt, who lives in Council Bluffs, says the girl was diagnosed after a doctor here in the metro saw a picture of her.

A young family full of joy had their world flipped upside down in March.

“Actually, how they explain it is like childhood Alzheimer’s,” said Olivia’s aunt, Traci Stoop.

Stoop says her brother and sister-in-law in Wisconsin noticed something was wrong with her niece and goddaughter Olivia or “Liv.”

“She was having chronic sinus infections and a distended belly and was really just overall having a lot of issues with her health,” said Stoop.

Stoop says the family wasn’t sure where to turn.

But thanks to a post on social media, a doctor here in the metro was able to point the family in the right direction.

“And actually contacted the family because she had noticed the signs and symptoms of Sanfilippo by a photo,” said Stoop.

Less than 24 hours later, Olivia was diagnosed with Sanfilippo Syndrome Type B, a genetic degenerative brain disorder in children caused by a single missing enzyme.

It is fatal, and there is no FDA-approved treatment or cure.

Our sister station in Milwaukee spoke with Olivia’s parents.

“No mom wants to hear, you know, ‘your child is going to die and there’s nothing you can do.’ You just have to take her home and love her. It’s not OK,” said Erin Stoop.

The family says they want to raise $1,000,000 and put it towards a clinical trial investigating this rare condition hoping that it could save Liv.