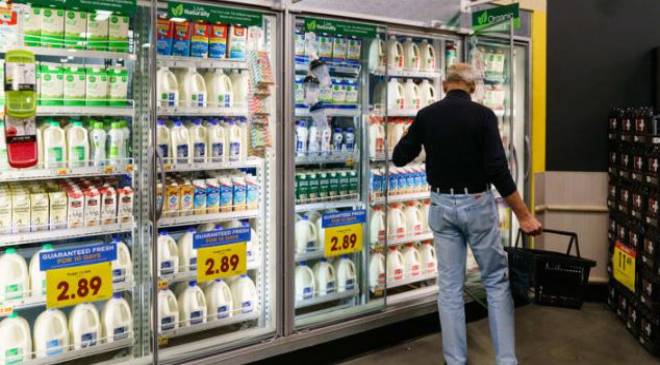 More players in the stock market and among the ranks of professional economists have come around to the view that inflation has peaked or already is in decline, but small business owners on Main Street don’t expect a reprieve from high prices any time soon, according to a new CNBC poll.

Main Street’s belief that inflation has yet to peak comes amid recent conflicting economic data points and consumer sentiment.

Wholesale prices reported on Friday rose more than expected in November as food prices continued to surge. However, the producer price index, a measure of what companies get for their products in the pipeline, was up 7.4% from a year ago, the slowest 12-month pace since May 2021. Meanwhile, the University of Michigan Consumer Sentiment Index rose more than expected amid declining inflation expectations, albeit still high relative to recent history.

Megan Greene, chief economist at Kroll Global, said on CNBC’s “Squawk Box” on Friday that she thinks “peak inflation is probably behind us.”

But inflation concerns are leading to the most cautious holiday season for shoppers since 2013, according to the CNBC All-America Economic Survey, with 41% of consumers saying they plan to spend less this year than last. Of that group, a third said they will spend less because of inflation.

Walmart CEO Doug McMillon said on Tuesday that the American shopper is still feeling “stressed” by inflation, even if that effect isn’t being felt evenly across categories.

Cheaper gas prices may help to lessen those concerns, as the price per gallon is now expected to fall below $3 for more Americans by the end of the year. According to AAA, the national average for a gallon of unleaded gas was $3.329 on Thursday, well below the record $5.01 price per gallon on June 14 and below the price seen ahead of Russia’s invasion of Ukraine.

Regardless of the economic tailwinds, inflation remains top of mind for small business owners.

Overall, nearly all small business owners (92%) are worried about inflation, according to the survey.

“I think a lot of what has driven sentiment among small business owners recently, but especially since Covid began, is pure risk management,” said Laura Wronski, senior manager of research science at Momentive, which conducts the survey for CNBC. “The safe bet over the past year has been that inflation would continue to get worse over time, because if small business owners are prepared for the worst, they would be better able to handle any business challenges.”

Wronski said that given the economic environment seen so far this year, “Main Street is probably a bit burned from their experience.”

Small business owners remain convinced that a recession will occur, though the survey’s latest data shows a pushing back of economic downturn expectations to next year. Previously, a large share of business owners told the survey they thought the economy was already in a recession.

Risk management, Wronski says, is “the reason why we see small business owners continuing to point to inflation as their top concern and expecting prices to keep rising, even as economic indicators start to shift.”

The sentiment shift among Democrats taking the survey helped President Biden’s approval rating on Main Street go up for the first time during his presidency, albeit rising from an all-time low. After washing out at an approval rating among small business owners of 31% during the third quarter of 2022, when inflation hit its to-date peak level, President Biden’s approval rating increased to 34% in the fourth quarter, the first time across the eight quarters of his presidency there has been any rise in the quarterly poll, and breaking a streak of six consecutive quarterly declines.

But the key to Biden’s standing on Main Street, as well as the overall sentiment from small business owners, will be the continuing decline of inflation, or at least clearer signs of it heading in the right direction.

That’s something that Federal Reserve Chair Jerome Powell has indicated, saying on Nov. 30 during a speech at the Brookings Institution that “it will take substantially more evidence to give comfort that inflation is actually declining.”