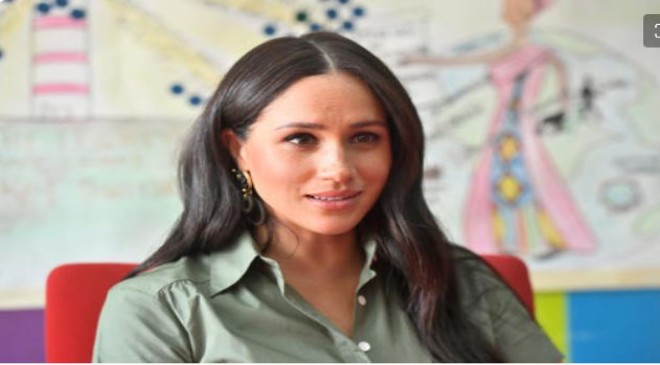 Meghan Markle is getting candid about a “painful” conversation she had with her niece ahead of her wedding to Prince Harry.

In the new Netflix docuseries Harry & Meghan, the Duchess of Sussex shared that while she was not close to her half-sister Samantha Markle, she had a close bond with Samantha’s daughter, Ashleigh Hale. However, things got tricky when it came to the guest list for the couple’s royal wedding in 2018.

“How do we explain that this half-sister isn’t invited to the wedding, but that the half-sister’s daughter is?” said Meghan, 41.

“With Ashleigh, the guidance at the time was to not have her come to our wedding,” the Duchess of Sussex continued. “I was in the car with H. I had her on speakerphone and we talked her through what guidance we were given and why this assessment was made … and that’s painful.”

“I think I said I was hurt on some level, but I understood where it was coming from,” Ashleigh said. “To know that it was because of my biological mother that this relationship that’s so important to me was impacted in that way … to feel like, because of her it was taken away, has been hard.”

Ashleigh, an immigration attorney, said she and her brother were raised by their paternal grandparents, whom she considers her parents. She had not seen Samantha, 58, since she was 6 until they reconnected in 2007.

That was also when Meghan reached out to her niece — a relationship that started with “these long emails back to each other,” Ashleigh recalled. “And then texts and calls. After a while, I think we were talking, on some level, several days a week.”

Their relationship even extended to traveling together, with a trip to New Orleans.

“We walked around, we listened to some good live music, ate way too much food and had way too many drinks,” Ashleigh recalled. “It was just the two of us, which I think was really special. I think she takes on a lot of roles for me. There’s, like, a sister element. There’s something maternal. She’s a best friend. She’s, you know, kind of all the things.”

Meghan said that she believes she and Ashleigh “craved the same thing,” explaining, “I wanted a sister, and she was like a little sister.”

“Ash was put through quite a bit by the media, just by association. And I didn’t want her life to be plagued with all that drama,” said the Suits alum.

Added Ashleigh of the time when Meghan’s relationship with Harry, 38, became public, “After the news first broke, Samantha pretty quickly began expressing a lot of angry words about Meg towards me.”

“What was communicated to me was maybe some resentment,” she added. “And it felt like no matter what I said, her perspective didn’t change and seemed to get angrier and bigger, and we stopped talking. Some people you just can’t reason with.”

Samantha wrote a memoir titled The Diary of Princess Pushy’s Sister, published in January 2021. She also took responsibility for arranging Thomas Markle’s staged paparazzi photos in the weeks leading up to Meghan and Harry’s wedding — which Thomas, 78, later admitted he lied to Harry about.

Meghan claimed in an earlier episode of Harry & Meghan that the British media wanted “my mom’s side of my family to be the ones that all this drama could be stirred up with. And suddenly just have my mom who’s classy and quiet and there. And then you have the other side of my family that is just acting differently.”

“My half-sister, who I hadn’t seen for over a decade, and that was only for a day and a half — suddenly it felt like she was everywhere,” Meghan said. “I don’t know your middle name. I don’t know your birthday. You’re telling these people that you raised me and you’ve coined me Princess Pushy.”

Meghan’s mother, Doria Ragland, explained on the show that ex-husband Thomas’ other children “were a good 17 years older than” Meghan, adding, “Meg and I left when she was 2.”

“I don’t remember seeing [Samantha] when I was a kid at my dad’s house, if and when they would come around,” Meghan said. “And then the last time that I saw her that I remember is when I was in my early 20s. I hadn’t had [a falling] out with her. We didn’t have a closeness to be able to have that. And I wanted a sister!”