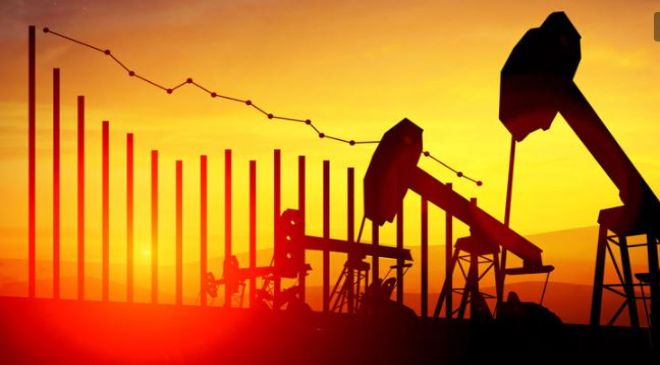 Oil stocks fell on Monday, with Chevron (NYSE: CVX) ending the day down 2.4% and ExxonMobil (NYSE: XOM) falling 2.8%. Kinder Morgan (NYSE: KMI), more of a domestic player in oil and gas transport than in production, suffered a loss of 2.3%.

The big news in oil and gas today came out of Saudi Arabia, which announced that it is cutting the price of oil it produces for export to Asia (read “China”) by $2.20 per barrel. OilPrice.com notes that this is the lowest price the country has charged for Asian market oil in the past 10 months, and reflects weak demand (and thus weakening prices) created by ongoing zero-COVID policies that have slowed the Chinese economy.

At the same time, Saudi Arabia cut the price of oil exported to northwestern Europe by nearly $1.80 per barrel. This move has less to do with COVID and more to do with Russia’s war on Ukraine slowing Europe’s economy. It’s still curious, though, because the big story in Europe this year was supposed to be the difficulty securing new energy supplies to replace oil and gas that is no longer being bought from Russia. That doesn’t seem to jibe with a Saudi price cut.

If oil prices are now falling in Europe, instead of rising, it would seem that falling demand for oil must truly be a global phenomenon. Again, this is curious — one would expect oil demand in Europe to be relatively strong as the region looks for a replacement for Russian natural gas, consumption of which is said to be running 24% below average this year as supplies dry up.

In short, there are a lot of moving parts affecting oil prices today. And here’s one more: It remains to be seen how much of an effect Europe’s new “price ceiling” imposed on Russian oil will have on the price of oil globally.

The net effect of all these factors, though, is that West Texas Intermediate crude prices — the U.S. benchmark — fell 3.3% to just over $77 a barrel today, and Brent crude — the international benchmark —  dropped 3%, to just under $83.

Given the falling value of these commodities, it makes sense that Chevron’s and Exxon’s stock prices would also fall. As for Kinder Morgan, being somewhat insulated from Asian and European oil markets, you might think its stock wouldn’t fall as steeply. But Kinder Morgan may have its own problems. According to the AAA, gas prices in the U.S. are now down about 11% over the past month, and that would seem to suggest falling demand for gasoline in the U.S., potentially resulting in less gas being transported through Kinder Morgan’s pipelines, hurting that company’s earnings as well.

With all three of these energy companies showing signs of being affected by the slowing global economy, investors’ best play today might be to focus on ensuring a margin of safety in their stock purchases by seeking out cheaper valuations. Of the three stocks discussed above, the cheapest is ExxonMobil at just 9 times trailing earnings (versus Chevron’s 10.3 multiple). And Exxon pays the better dividend at 3.3% (versus Chevron’s 3.1%).

Granted, Kinder Morgan doesn’t look particularly expensive, either, at 17.1 tiimes earnings, and with a superior dividend yield of 5.8%. Across the entire S&P 500, P/E ratios average 20.8, and dividends are only 1.8%. But the cheapest and potentially safest investment of the three is still ExxonMobil. And at today’s prices, it really does look like a bargain.