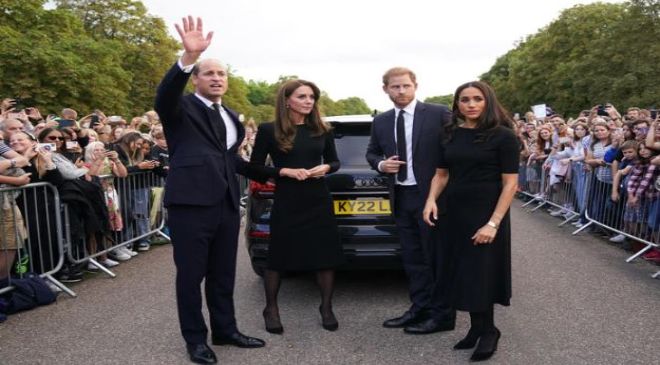 Since stepping down as senior royals in 2020, Prince Harry and Meghan Markle have been airing out their grievances with the royal family publicly. The duke and duchess knew that any allegations they made wouldn’t be disputed too much as Queen Elizabeth II‘s policy has always been “never complain, never explain.”

However, it’s a new era and Prince William has reportedly had it with his brother and Meghan making any claim they want without being challenged. And now with the Sussexes’ Netflix documentary and Harry’s memoir being released, the Prince of Wales will reportedly speak out and debunk anything the couple says that may not be true.

Prince Harry admitted that he and William had been feuding going back even before the Sussexes announced that they were stepping down. But following their move across the pond, some believe that the duke and duchess have been declaring war on Harry’s family.

The last straw for Prince William came when he believed Meghan and Harry intentionally tried to overshadow his and the Princess of Wales’ trip to the U.S. with the release of the trailer for their Netflix docuseries. The future king was also upset about a breach of privacy as a photo of Harry and Meghan inside Buckingham Palace appeared in the trailer.

Since then, William has reportedly decided that the family will no longer take everything the Sussexes throw at them lying down.

Throughout her life the late Queen Elizabeth did not deviate from the “never complain, never explain” mantra but that’s something Prince William had said he was open to changing in the future. Now, it looks like that time has come because of Meghan and Harry’s numerous shots at the royals in what many believe are moves to try and sabotage the family.

According to Express, Palace insiders have said that the royals are no longer going to sit back and remain silent as William has said he is ready to challenge every claim the Sussexes make against the monarchy. The publication noted that “Kensington Palace officials are now adopting a new strategy of meeting controversy head-on rather than letting it fester.”

The outlet also reported that William’s “senior aides have been told to watch the six-part series like hawks and issue a swift rebuttal to any dubious claims. In a ‘back-off’ message to his brother and wife.”

King Charles III is ready to fight back too

It’s not just William who is more than prepared to fight back again the Sussexes if he needs to.

After the duke and duchess’s primetime special with Oprah Winfrey aired in 2021, King Charles wanted to release a detailed statement going line-by-line refuting Harry and Meghan’s allegations but the queen wouldn’t allow it. Now though King Charles is said to be on board with William and “anxious to defend himself if any damaging allegations emerge.”