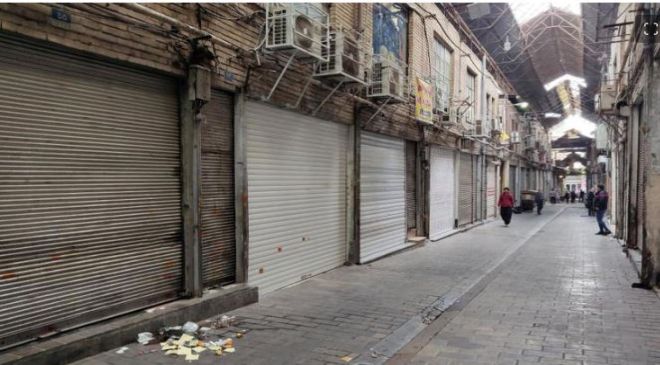 Protesters in Iran have called for a three-day strike this week amid conflicting reports that the nation’s “morality police” had been shut down, and as the US said the leadership in Tehran had locked itself into a “vicious cycle” that had cut it off from its own people and the international community

The call steps up pressure on Iranian authorities after the attorney general said this weekend that the morality police – whose detention of a young woman triggered months of protests – had been shut down.

There was no confirmation of the closure from the interior ministry, which is in charge of the morality police, and Iranian state media said the attorney general, Mohammad Jafar Montazeri, was not responsible for overseeing the force.

On Sunday, after a closed meeting with several senior Iranian officials including President Ebrahim Raisi, lawmaker Nezamoddin Mousavi told semi-official news agency Isna that the government was “paying attention to the people’s real demands”, though he did not address the reported closure of the morality police.

Hundreds of people have been killed in the unrest that erupted in September after the death in custody of Mahsa Amini, a 22-year-old Kurdish Iranian woman who was detained by the morality police for breaking hijab rules.

Montazeri also said on Saturday that the government was reviewing the law on the compulsory hijab, one of the issues that sparked the protests that have lasted more than 10 weeks.

The activist HRANA news agency said 470 people had been killed as of Saturday, including 64 minors.

Protesters seeking to maintain their challenge to Iran’s clerical rulers have called for a three-day economic strike and a rally in Tehran’s Azadi Square on Wednesday. Similar calls for strike action and mass mobilisation have in past weeks resulted in an escalation in the unrest.

Rob Malley, the US special envoy on Iran, told a conference in Rome that Iran’s leadership had locked itself into a “vicious cycle” with its crackdown on the protests, and Washington was more focused on Tehran’s decision to arm Russia in Ukraine and the repression of its internal protests than on talks to revive the nuclear deal.

“The repression of the protests and Iran’s support for Russia’s war in Ukraine is where our focus is because that is where things are happening, and where we want to make a difference.”

The US director of national intelligence, Avril Haynes, said at the weekend there was worrying evidence that Russia was seeking to deepen military cooperation with Iran. Ali Bagheri, Iran’s deputy foreign minister, was in Moscow at the weekend.

One senior European diplomat said Iran was paying a huge cost for its decision to become the only country to arm Russia in the war against Ukraine. “It’s an unholy alliance and a massive miscalculation by Iran,” the diplomat said.

The next show of US solidarity with the protesters is likely to come when it tables a motion to throw Iran off the UN committee on the status of women in a vote due on 14 December, Malley said.

Some European diplomats believe an irreversible turning point has been reached from which Iran’s leadership will not recover.

The diplomat said: “The situation is really quite simple. The Islamic Republic – the regime – after 43 years has finally lost contact with their people and that is what this is really about. This is different from anything that’s gone before in the previous 43 years.

“They are having a dialogue with themselves but the main population finds the offers of reform largely an irrelevance.”

The diplomat also detected tensions within the regime over how to respond to the protests, saying: “There is a lot of internal disharmony around different bits of the particular security apparatus in terms of passing responsibility for handling the protests.”

The diplomats believe the regime’s self-evident loss of domestic support is sharpening the internal Iranian debate about whether to reduce its isolation through a growing alliance with Russia, or instead try to revive the nuclear deal.

Malley’s remarks suggest the US believes Iran has taken a series of fateful decisions that make a full revival of the nuclear deal – in which the west lifted some economic sanctions in return for controls on Iran’s nuclear programme – a political impossibility for now, although he said the door to diplomacy was not shut if Iran’s leadership changed course.

Iranian state broadcasters on Sunday moved to distance themselves from comments on the morality police. Al-Alam state TV said foreign media were depicting his comments as “a retreat on the part of the Islamic Republic from its stance on hijab and religious morality as a result of the protests”, but that all that could be understood from his comments was that the morality police were not directly related to the judiciary.