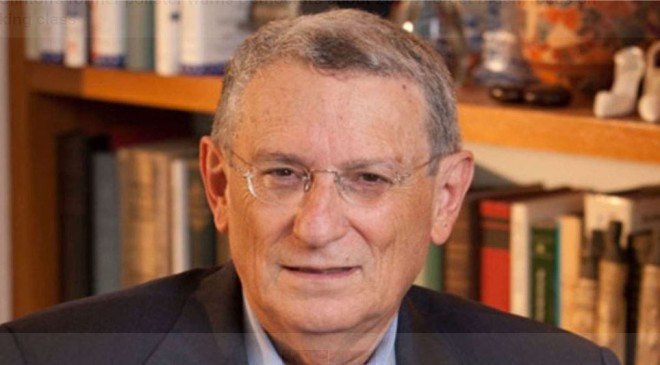 Democrats defied expectations in the midterm elections and successfully fended off a red wave, but a veteran Democratic pollster warns that party will need to address and prioritize the economy and crime with “new leaders” at the helm in order to mount a successful challenge in 2024.

Stan Greenberg, previously the senior pollster to President Bill Clinton, Vice President Al Gore and U.K. Prime Minister Tony Blair, among others, says that Democrats should not feel vindicated coming out of election night. The party pulled off a better-than-expected midterms performance, maintaining a narrow Senate majority and losing the House by only a handful of seats.

But Democrats owe their unexpected success to voters setting aside economic concerns and voting instead on abortion, Social Security, and threats to democracy, according to Greenberg.

“They voted for Democrats despite the fact that this was an economy that was failing working people. But voters are desperate for real help,” Greenberg said, pointing to the party’s failure to prioritize key working class issues – the cost of living and rising crime.

Though Republican messaging centered heavily on inflation, crime and the border, the party failed to properly reassure voters on these set of concerns as well, according to Greenberg.

Looking ahead to the 2024 presidential election, the veteran Democratic pollster believes the country is in desperate need of “new leaders” and “bold change,” telling Fox he’s “not worried” about any of the rumored Republicans floated as potential candidates.

Despite his enthusiasm for a fresh crop of presidential contenders, Greenberg warns in his midterms report that Democrats should be weary of the “continuing risk of a Republican challenge centered on borders and crime.”

“Trump may have been weakened in this election, but another leader with that message poises an accelerated risk,” Greenberg writes.

As a number of high-profile Republicans continue to tease potential 2024 runs, Donald Trump has already launched his presidential campaign, while Democrats wait for a final determination from Biden on his re-election ambitions, likely to come “early next year,” according to the President.

“I wouldn’t have thought that Joe Biden would have been the candidate that the Democrats nominated. They went for him because they thought he was the one who would defeat Donald Trump,” Greenberg told Fox. “I don’t think that’ll be the case this time.”

Though he hesitated to name any specific potential Democratic candidates, Greenberg believes there’s a chance to have an “election like we had in 1992 when Bill Clinton ran to modernize the party.”