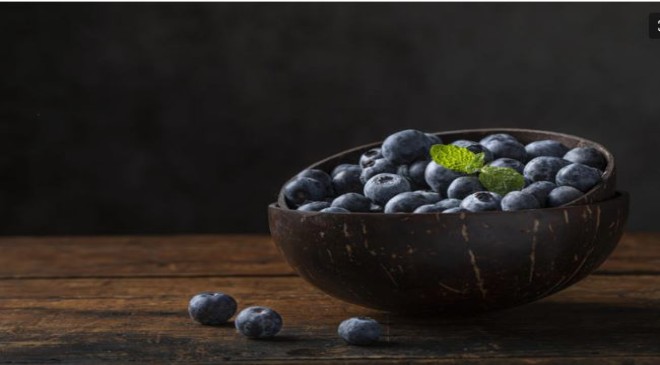 Anti-cancer, anti-aging, anti-dementia – with all these potential advantages, it’s no wonder people are fascinated by antioxidants. Your body makes antioxidant enzymes, like glutathione, that counteract DNA-damaging molecules called free radicals. You also consume antioxidants with similar protective action in a variety of foods with proven health benefits. Getting your full share of antioxidants can reduce your risk of developing medical conditions like heart disease and cancer.

Although you can buy antioxidant supplements, their health benefits are uncertain – and in certain cases, they may cause harm. However, certain types of supplements do have a proven benefit in treating a specific type of age-related eye disease. Here’s the big picture on antioxidants.

Your body naturally produces antioxidants through metabolism, or in response to exposure to toxins like radiation or tobacco smoke. You also need to obtain antioxidants in foods, particularly plant foods like fruits and vegetables. Antioxidants are thought to prevent the detrimental effects of aging.

What Do Antioxidants Do?

It can help to understand a few basic chemical terms and reactions to realize the importance of antioxidants.

These toxic, unstable compounds are generated in the body as it converts food to energy, or are breathed in through polluted air or produced by the action of sunlight on the eyes and skin. They’re also produced as a response to inflammation and stress.

If free radicals cannot be neutralized, they ‘steal’ electrons from stable molecules in the body, making them also unstable. This causes oxidative stress, which leads to DNA damage in our cells, and potentially causes serious medical problems.

“Free radicals are implicated in cancer and a number of conditions, including heart disease,” says Dr. Donald Hensrud, an associate professor of nutrition and preventive medicine at Mayo Clinic, and editor of “The Mayo Clinic Diet.”

An antioxidant is a substance that neutralizes free radicals and prevents cell damage from oxidative stress.

Diet and nutrition experts frequently suggest choosing among a “rainbow” of colorful foods for optimal health – and no, they don’t mean M&Ms or Skittles.

“Many of the antioxidants themselves are the plant pigments that make them such bright colors,” says Dr. Michael Greger, founder of NutritionFacts.org and a member of the U.S. News Best Diets expert panel. “The same biochemical property that gives them those beautiful colors is actually the same property that allows them to detox free radicals.”

You can see for yourself which foods are richest in pigment, Greger says, like the difference between white and sweet potatoes. Red cabbage has more pigment than regular cabbage, red onions have more than white onions, purple grapes are better than green grapes and so forth. Even black sesame seeds are richer in antioxidants compared to the regular version, he says.

However, pigmentation alone is only part of the picture, at least when it comes to potatoes, says Katherine Beals, a registered dietitian and nutrition consultant for Potatoes USA. Several studies and reviews support the rich antioxidant benefits of white potatoes, notes Beals, who is also a U.S. News Best Diets panelist. White potatoes exceed sweet potatoes in total antioxidant content, and contribute a significant portion of specific antioxidants in the flavonoid, phenolic acid and carotenoid types, evidence shows. Beals adds that “eating a rainbow” of colors should also include white vegetables like potatoes and cauliflower.

There are hundreds of antioxidants. These are among the best-known and most-studied types:

The big takeaway: Plant foods have 64 times more antioxidants than animal foods, on average, according to Greger. In particular, berries have about 10 times as much as other fruits and vegetables and are only beaten out by herbs and spices in their antioxidant proportions.

Antioxidants may play a role in preventing heart disease, cancer and age-related conditions like dementia, according to a large body of research.

Adding high-antioxidant foods in your diet now could help prevent dementia later. A recent long-term study, published in the May 2022 issue of the journal Neurology, supports the benefit of three key antioxidants in reducing dementia risk.

The nearly 7,300 study participants, ages 45 to 90, were grouped according to the antioxidant levels in their blood, and then followed for an average of 16 years.

During the study period, participants who had the highest amount of lutein and zeaxanthin (found in green leafy vegetables) in their blood were less likely to develop dementia. Participants with high levels of beta-cryptoxanthin (found in orange-toned foods like persimmons, tangerines and papaya) also had reduced dementia risk.

A surprising finding from the study was that other antioxidants like vitamin E and beta-carotene were not associated with dementia-related outcomes, Beydoun says, noting that randomized controlled trials are needed to learn more about antioxidants and their role in brain protection from dementia.

However, teasing out antioxidants’ prevention power is challenging in one way. “The problem, of course, is that high-antioxidant foods are among the healthiest foods,” he notes. “So there are all sorts of wonderful things found in these foods. How do we really know it’s the antioxidants?”

The bottom line is: If you focus on healthy, plant-based foods, you’ll reap benefits from antioxidants along with other key substances. However, one type of antioxidant, beta-carotene in supplement form, has been shown to increase lung cancer risk in smokers.

Research on antioxidants and their health effects has been going on for decades.

Years ago, researchers noted that people who consumed foods high in antioxidants like beta-carotene, and who had the highest blood levels, had lower risks of heart disease and cancer, Hensrud says. Here are a few examples of the many studies on foods, antioxidants and health.

Antioxidant supplements may be ineffective and in some cases, harmful. “Antioxidant supplements are a multibillion-dollar industry, touted for anti-aging properties, but we have hundreds of studies to the contrary,” Greger says. However, an antioxidant ‘cocktail’ has been found beneficial for some patients with age-related macular degeneration, a progressive eye disease.

Building on early knowledge of healthy antioxidant properties in food, there was a wave of studies on antioxidant supplements, including landmark trials like these:

On the flip side of antioxidants, certain foods are higher in harmful substances – known as pro-oxidants – that can actually contribute to unhealthy oxidative stress. While they may confer some health benefits, it’s important to counterbalance them with antioxidant-rich foods.

Try to be aware of and limit these pro-oxidant foods:

“Sugar is a pro-oxidant,” Greger says. “Drink a soda and you’re going to decrease the total antioxidant content of your bloodstream. However, interestingly, if you drink the same amount of sugar in the form of orange juice, you don’t get the spike on oxidation. Why? Because the sugar in food is part of a package deal, with antioxidants like vitamin C – just like nature intended.”

So, rather than spooning sugar in your coffee or eating frosting-rich cake, satisfy your sweet tooth with some fruit.

Similarly, he says, a fat source like heavy whipping cream is highly oxidative. However, healthy fatty foods like nuts, avocados or extra-virgin olive oil don’t produce the same effect because they come “prepackaged” with antioxidants.

If you have a meal like a bagel with cream cheese, adding strawberries for dessert can neutralize free radical damage, Greger says. Make sure your pancakes or muffins have blueberries, he advises, or put jam on your white bread. “Otherwise, by lunchtime, you’re already in oxidative debt,” he says. “You’ve used up antioxidants and dug your hole deeper.”

Stay mindful of what you eat. “Every meal – and I try to tell this to my patients – is an opportunity to tip the balance from a pro-oxidant to an antioxidant direction,” Greger says.

In a way, antioxidants function together as a team – so focusing on a single or a few antioxidants alone may be counterproductive.

“Antioxidants work in concert,” Greger says. “Supplements might have a few antioxidants, whereas our bodies rely on hundreds of them – all working together to create this network to help our bodies dispose of free radicals. And high doses of a single antioxidant can upset this delicate balance. So, the whole food may be greater than the sum of its parts, (creating) a kind of synergistic reaction. That’s why we should try to get our antioxidants the way nature intended – and that’s from real food.”

Focusing on a balanced diet makes sense. “In the past, we used a reductionist approach to nutrition: ‘What’s the one nutrient that’s beneficial or one food that’s beneficial?’” Hensrud says. “As in: ‘Blueberries are the best source of antioxidants so how many blueberries should I eat?’” Instead, he says, “I try to talk to my patients in practical, pragmatic terms. The bulk of the evidence supports a diet of minimally processed foods and mostly plants. It sounds deceptively simple but that’s what’s most important.”