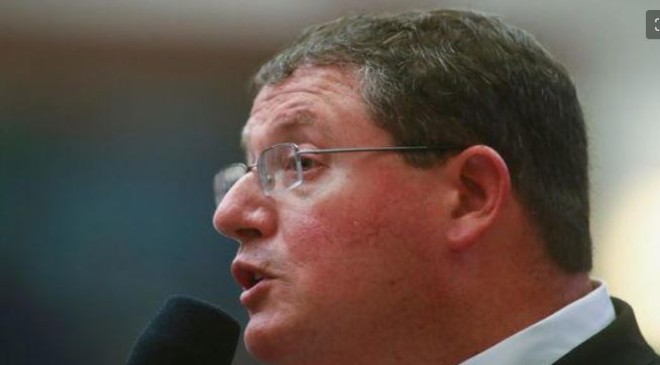 AFlorida lawmaker said Robert Iger‘s return as Walt Disney Co.’s chief executive has boosted the prospects that the state could work out a new deal with the entertainment company after passing an April law to end certain Disney tax privileges.

A special district, created in 1967 and known as the Reedy Creek Improvement District, has exempted Disney from numerous regulations and various taxes and fees. It has permitted the company to manage its theme parks and resorts in Florida with little red tape for more than 50 years. Under the law passed in April, the special district would be dissolved on June 1, 2023.

But Republican state Rep. Randy Fine, who sponsored the bill to end the special district, said Mr. Iger’s return could help the state reach a different resolution because state politicians believe he will avoid getting as entangled in Florida politics.

“It’s more likely we have a better partner to work with now,” Mr. Fine said.

The dispute between Florida Republican lawmakers and Disney began when the company under former CEO Bob Chapek spoke out against the Parental Rights in Education law, which critics call the “Don’t Say Gay” legislation. The measure bars classroom instruction on sexual orientation and gender identity through third grade, and limits it for older students to material that is “age-appropriate.”

Disney initially didn’t comment on the law, but came under pressure from employees to oppose it. After it passed, the company pledged to push for its repeal and to fight similar bills in other states.

One possibility would be to create a new district, Mr. Fine said. This new district wouldn’t include as many privileges of the previous one, such as selling bonds and seizing land through eminent domain.

No specific deal is under discussion, he added, and Republican Gov. Ron DeSantis’s office has indicated a reversal of that decision is out of the question.

“The governor was right to champion removing the extraordinary benefit given to one company,” Bryan Griffin, a spokesman for Mr. DeSantis, wrote Friday on Twitter. “We will have an even playing field for businesses in Florida, and the state certainly owes no special favors to one company.”

Disney, as the primary landowner at Reedy Creek, has provided most of the revenue from taxes and fees that the district has collected. That money covers all the district’s governing expenses and is used to service the long-term bond debt that Reedy Creek has issued over the years. Dissolving the district could be a complicated process and trigger legal battles, according to analysts.

Jeff Brandes, a former senator from the Tampa Bay area who worked closely with both Mr. DeSantis’s office and Disney’s Florida government affairs staff until the recent conclusion of his term, said that the dispute over Reedy Creek was “Kabuki theater” from the very start. He said Republicans in the legislature have long expected Disney and the governor’s office to work out a deal to avoid raising taxes on residents of the counties surrounding Walt Disney World and avoid a default on the roughly $1 billion in outstanding bonds issued by Reedy Creek.

Mr. Griffin wrote Friday on Twitter, “Disney’s debts will not fall on the taxpayers of Florida. A plan is in the works and will be released soon.”