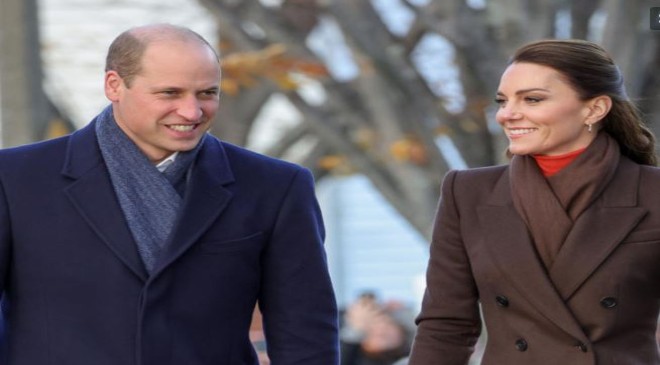 Prince William and Kate Middleton’s Boston trip continues on despite the fact that a swirling cloud of bad news has overshadowed their visit. On Thursday, Netflix interrupted their goodwill tour by dropping the trailer for the Harry & Meghan docuseries. While the show is about the Sussexes, there was one dramatic moment that saw the Prince and Princess of Wales making a cameo.

The image that was included comes from Commonwealth Day in March 2019 where Kate and William are seen looking very stern just moments after a photo of Meghan crying was shown and Harry says, “I had to do everything I could to protect my family.” Oof, that hits hard from every angle. That’s why the Wales’ friends are reportedly “sickened” that the couple appeared in the trailer, per royal expert Richard Eden to the Daily Mail. He added that their pals are angry about “the use of William and Catherine and the image and the way it’s presented.”

It’s definitely a jarring moment, only aided by the use of black-and-white snapshots, creating a stark and dramatic mood. Netflix went in heavy on the editing and it possibly indicates what the portrayal the royal family is in for when the docuseries launches on Dec. 8. Eden believes that the palace is “waiting nervously” for the show to launch because they have another PR debacle on their hands (although the racism issue should be their top priority, not a Netflix series).

With the “Fab Four” clearly avoiding each other during their East Coast trips, it might signal how things are going after their brief reunion at Queen Elizabeth II’s funeral. It’s going to be a rocky month for everyone involved as the royal family navigates another round of family feud headlines.