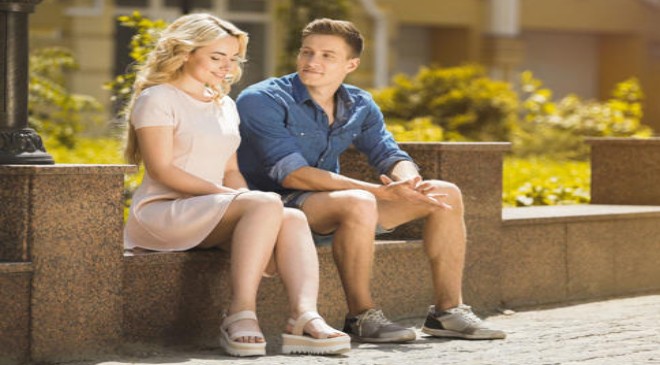 December 1, 2022, is here, and with it, the fresh start and clear path forward that you have been in need of, which makes the best horoscopes for three zodiac signs in astrology.

Each month always carries with it a specific theme or energy and as the last month of 2022 begins it is no different.

In the weeks ahead, there will be a greater insurgence of Capricorn energy which will help you get the ball rolling on those big dreams that you had last month.

Neptune turns direct into Pisces and later in the month Chiron in the zodiac sign of Aries.

November was about a lot of changes, truths coming out, and desires being acknowledged, yet it still seemed that so much was cloudy, as if you had all this information but did not know how all the pieces would fit together.

This is the month the big picture finally comes into focus. Neptune sets the tone for the month ahead as it turns direct in just a few days.

When this planet is retrograde you tend to reflect on themes involving truth or even self-deception, however, as it turns direct there is a return to a greater level of clarity.

This space is new though and will require you to take everything that you have learned in November so that you can finally put it into practice by making different decisions.

From December 3rd to the 20th a magical once-in-a-lifetime energy will filter into your life as Jupiter and Neptune are both direct within the zodiac sign of Pisces.

This is the first and last time in this lifetime that Jupiter, the planet of abundance and expansion, will be traveling alongside Neptune, rules of dreams, and unconditional love.

Expect wonderful things during this time as the truth leads the way forward.

To see exactly what this energy will be bringing into your life, look for where Pisces shows up in your birth or natal chart as it will be powerful but different for everyone.

Today though brings a sampling of the energy ahead as the Pisces Moon connects with multiple planets in Sagittarius.

This theme of Sagittarius and Pisces is one that will dominate the first half of the month as the philosophers of the zodiac meet in their cosmic love affair.

Sagittarius and Pisces help you to see the bigger picture, to feel more into your own intuition, and above all to enjoy all that you can from life.

It is the perfect energy for the beginning of the holiday season and will help you embrace the festivities and joyous moments ahead.

Even with the lighthearted energy coming in, there is still something that feels like it is left undone within your own life though and while you have tried to figure it out before or take those steps to progress it to the next level, this is the month that a plan of action will come into place.

As much as Sagittarius and Pisces may dream, they both need the grounded energy of Capricorn to help make their dreams a reality, and so do you.

The three zodiac signs with the best horoscopes for Thursday, December 1, 2022:

Mercury and Venus are stirring the waters of your life today as they align with the Pisces Moon, Mars in Gemini, and Neptune in Pisces. This brings together the themes of your own authentic truth with that of your home, family, and committed relationship.

There is something that began back in October, a new chapter of sorts, which is still currently playing out for you. It may end up resulting in a change of address or even relationship status, but as much as you have known this was occurring, you have also not been truly ready to step into what it means.

You cannot embrace change yet try to avoid it at the same time. It only ends in a standstill between fate and your ego. Today gives you the chance to start speaking on some important matters that are close to your heart. You do not need to find the perfect words, but only those that are your authentic truth.

You are entering a completely new phase in your career as well as in your home environment. Sagittarius energy always represents your professional journey to embrace your inner talents and bring about a greater purpose for you and those around you.

Mars in Gemini is slowly but surely bringing changes to your domestic life which may also include a new relationship or a deeper commitment to an existing one. With Neptune and Jupiter here alongside asteroids Juno and Ceres, it is an extremely lucky time for you.

Everything that you are doing right now is being shrouded in gold, just like the infamous Midas touch. Do not even entertain worst-case scenarios as everything and anything is possible right now and even in the month ahead.

Pay attention to things at the beginning of the month because you are going to have to take time to process and reflect on them. Mars in your zodiac sign is currently retrograde and will be opposing Venus in Sagittarius and Sun in Sagittarius today and during the first week of December.

This highlights romantic conversations and your own partnership which has been under review for the past couple of months. After that though, Mars goes quiet for the rest of the month meaning that little to no action will be occurring. It is a time for observing, feeling, and talking and not the action that Mars prefers.

Pay close attention to what surfaces today, not just because it is the start of a brand-new month but also because Mars also forms a critical connection to the Pisces Moon. The message from the universe is clear, you are going to have to feel the way forward instead of trying to logically think your way through.