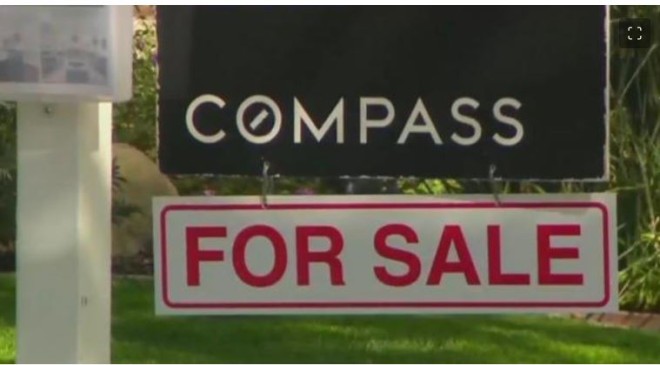 Americans looking to buy a house next year can expect less competition, more homes to choose from and the highest average mortgage rates in nearly two decades. Here’s what they can’t expect: A widespread fall in prices that would bring relief to priced-out homebuyers.

That’s the major takeaway from Realtor.com’s 2023 Housing Forecast released Wednesday. Home price declines “may not happen as quickly as some have anticipated,” said Realtor.com’s chief economist, Danielle Hale. Prices will be elevated during the first half of 2023 and they’ll probably fall or stay flat during the second half of next year, she told CBS MoneyWatch.

“We expect, for the year as a whole, 2023 is going to be higher,” Hale said. “Shoppers who want to buy might have to wait a little bit.”

The housing market will soon turn the page on 2022, a year that saw skyrocketing mortgage rates alongside soaring home prices. Some cities in particular — like Boise, Idaho; and Austin, Texas — saw double-digit percent increases in prices. The rising cost of homeownership deterred many aspiring buyers, who have opted instead to continue renting.

Home prices have fallen in many areas during the tail end of 2022, but mortgage rates have continued to climb. The average interest rate for a 30-year fixed mortgage was about 6.6% this week, more than double what the rate was at the start of the year.

Realtor.com expects mortgage rates to climb even further at the beginning of next year as the Federal Reserve continues to raise its benchmark interest rate. Mortgage rates could reach as high as 7.4% in the first half of 2023 before settling down to around 7.1% toward the second half of the year, the company said. When considering increases in property prices and loan rates, the typical monthly mortgage payment next year will be around $2,430, 28% higher than this year, Realtor.com predicted.

The rapid price run-up has stymied many would-be buyers. In a recent survey from LendingTree, nearly half of respondents said they were postponing major decisions, either renting for longer period of time or putting off major home renovations.

Mortgage rates grew so fast this year that they made it difficult for buyers to figure out how much home they could afford, Hale said. In 2023, interest rates probably won’t fluctuate as much, she said.

“Having more stability will make it easier for buyers when setting the right budget,” she said. “And that should help encourage people to get back into the housing market.”

Higher prices will likely keep away many potential homebuyers, causing rent prices to jump 6.3% and the number of homes sold to decline by 14%, Realtor.com said. However, housing inventory — the number of homes available for sale — is expected to climb nearly 23% next year, potentially giving a wider variety of dwellings to choose from to those who can afford to buy.

To be sure, all of these predictions could change depending how the Federal Reserve handles its fight against inflation next month and early next year, Hale said. The Fed has raised its benchmark rate six times this year, and, with each hike, mortgage rates have climbed as well. Hale and other economists expect the Fed to raise its rate again next month, but perhaps by not as much as previous increases.

“The housing market has borne the brunt of the Fed’s attempt to control inflation,” Sean Black, CEO of mortgage lender Knock, said in his company’s 2023 housing prediction. “Sellers still hold the advantage in a majority of the nation’s largest metros, and many will continue to favor sellers well into 2023.”