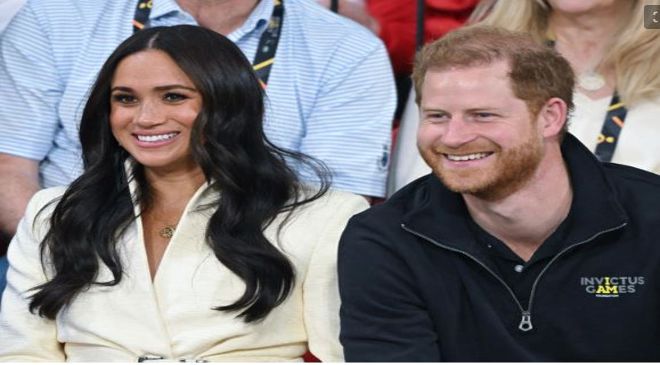 Prince Harry and Meghan Markle have been married since 2018. They now have two children, Archie and Lilibet Mountbatten-Windsor. One royal family expert believes Harry is becoming “weaker” during his relationship with Meghan.

Angela Levin spoke to GB News host Dan Wootton about the relationship between Harry and Meghan and their upcoming human rights award from Robert F. Kennedy Human Rights. Wootton says Harry and Meghan are getting an award based on “lies and unproven claims” made during their 2021 Oprah Winfrey interview.

Levin says it’s a “colossal mistake” for Harry and Meghan to receive the Ripple of Hope Award.  “It just shows you that somebody just sees a program years ago and they actually believe everything about it,” says Levin.

Levin says Kerry Kennedy probably didn’t see the Oprah interview. She asserts there were “so many errors and lies” presented during the broadcast “and no proof.”

“I think it’s appalling,” continues Levin. “Loads of people are really fed up and astonished by it. But that actually makes me feel sick that Harry, who was close to his father until he got married, felt that he could accept money and an award for trying to prove his family was racist with no proof. There’s zero proof.”

Prince Harry does what Meghan Markle tells him to do, says Angela Levin

Levin believes Prince Harry follows whatever Meghan tells him to do. According to her, he doesn’t think for himself anymore. “He’s obviously doing what he’s told,” says Levin. “He’s becoming weaker and weaker, and Meghan just gives him orders it seems and he does it. Because I don’t think any man would actually want to do that to his family.”

In Levin’s opinion, Prince Harry is the only member of the royal family who could be seen as a racist. “The only person I know that had anything said about them being racist is Harry,” says Levin. “Because he wore a swastika on his arm when he went to a fancy dress party.”

Wootton explains that Harry dressed up like a Nazi in 2005 (the incident was covered in The New York Times). He also mentions Harry reportedly made a racially insensitive comment about a soldier while being trained to become an officer at Sandhurst Military Academy in 2006.

Prince Harry and Meghan Markle had a chance to make a real difference, says commentator

Wootton compared Kate Middleton’s recent attendance at a state dinner with Meghan’s podcast and Harry’s upcoming book release. He says Meghan and Harry had a chance to be at the dinner and make a real difference in the world if they had remained senior working royals.

“If they had remained in the royal family, they would have been at that state dinner,” says Wootton. “They would have had a real opportunity. Harry and Meghan would have played a genuine role in history. And when you look at what they’re doing and contrast it to Kate, you just see how far they’ve fallen.”