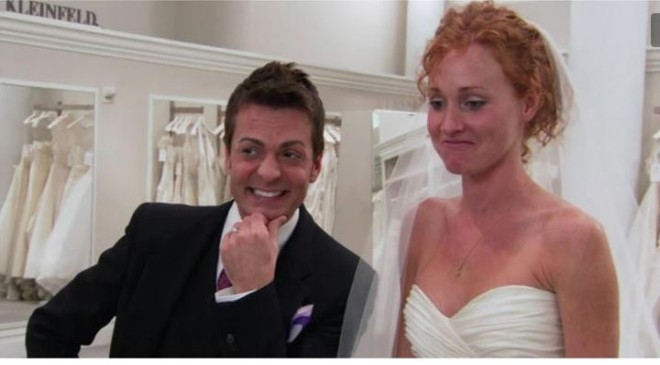 For over 19 seasons, TLC’s Say Yes To The Dress has consistently delighted viewers, but some dresses immediately became an eyesore to viewers. The series has offered fans a unique insight into the process that goes into brides picking their wedding dresses. Throughout its run, the reality series has debuted some stunning dresses that left most brides looking their best on their special day. However, the show has also featured some mediocre dresses that viewers, brides, and designers won’t fondly remember.

Brides will try on dress after dress until they find their perfect match with the help of Randy Fenoli, who’s spoken about wedding dress trends. However, some brides have to try on a few unattractive ones before they find “the one.” On Say Yes To The Dress, several women have come across an unflattering dress or two at the famous Kleinfeld’s in New York City. From the aluminum foil wedding gown to the Cinderella-inspired bridal gown gone wrong, there are five dresses that are the worst of all time in the reality series.

5. The Unimpressive Fire Engine Red Gown From Say Yes To The Dress

Red Dress | Say Yes To The Dress Go red or go home! This bride wants a red gown…but her future Mother-In-Law is *NOT* on board with the bold idea. See if she gets her way, tune in to an all-day, all-night #SYTTD marathon starting now. Posted by Say Yes to the Dress on Saturday, August 29, 2020

Weddings are a romantic affair, and it is quite understandable that some brides choose to go for a striking look on their wedding day. However, while there are some ways to achieve this, opting for a fire engine red gown with an off-the-shoulder ruffle that swallows the whole neck isn’t a bright idea. Then there’s the thickly layered skirt with its mediocre horizontal and vertical ruffle designs that undercut whatever good the Say Yes To The Dress designer did.

4. The Scrappy, Uninspiring Bling Gown From Say Yes To The Dress

How the Say Yes To The Dress bride who bought this tame and scrappy-looking gown is a question that probably won’t ever get an answer. Firstly, the top looks like a combination of every unused piece of bling sown together into an ill-fitting bodice. Secondly, the skirt features a bland tulle that looks like the designer added it because they ran out of blingy material. This gown isn’t flattering for the bride or the designer.

3. The Insipid Anastasia-Inspired Gown From Say Yes To The Dress

In this over-the-top gown, the bride seemly wanted to look like a Disney princess. While the dress isn’t a fan favorite, at least it wasn’t unforgettable among Say Yes To The Dress viewers. Although the designs looked great, the gown was let down by the off-putting material used to create it. Then there’s the ill-fitted drapery that made the dress look like an unfinished project.

2. Cinderella-Inspired Gown Gone Wrong From Say Yes To The Dress

Just the wrinkled look alone is enough to place this woeful Cinderella-inspired gown on the list of worst Say Yes To The Dress gowns. However, the awkwardly placed bodices and low-quality beads that don’t even look appealing made it one of the worst. As a result, there’s nothing good to say about this gown and was unflattering on the bride.

1. The Blinding Aluminum Foil Gown From Say Yes To The Dress

This aluminum foil gown shouldn’t have made it out of the cutting room floor. The dress could only have been recommended if the bride planned to blind everyone at the ceremony with the lights coming from the dress. In addition to the attention-seeking bling on the bodice, the draping looked wrong, and, once again, the gown looked like a failed project. This dress takes the trophy as the worst dress to appear on Say Yes To The Dress.

Although the show has featured several exquisite and iconic dresses during its run, the gowns on this list should not have even made it to the showroom, let alone been worn by a bride. Say Yes To The Dress season 21 aired its season finale episode in August, and fans are hoping more will air in the future. The series has become a TLC staple despite the array of unflattering gowns.