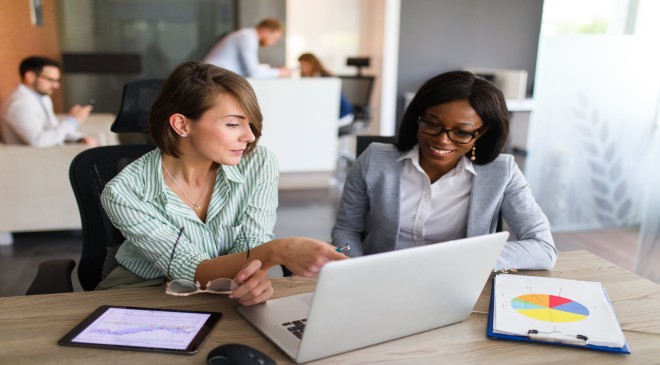 Markets have had a good run in recent weeks, but some investors expect unimpressive earnings to send stocks lower again.

U.S. stocks have mounted a turnaround lately amid expectations the Federal Reserve could slow the pace of its rate increases as soon as December. That has been a welcome change, since stocks have been under pressure throughout the year thanks to roaring inflation and the Fed’s aggressive rate-raising campaign to try to curb the rising prices. The S&P 500 is down 16% this year, but up 13% from Oct. 12, its lowest close of 2022.

Investors say recent optimism in the markets could soon evaporate as corporate profits get squeezed further. Market participants often use the ratio of a company’s share price to its earnings as a gauge for whether a stock appears cheap or pricey. If the earnings side of the equation pulls back, that could make the market look overpriced.

“The market just wants to keep going up,” said Sandi Bragar, chief client officer at wealth-management firm Aspiriant. “It would be great if it could, but the fundamentals just don’t seem there.”

With results in from 97% of companies in the S&P 500, index constituents are on track to post roughly 2% year-over-year profit growth for the third quarter, according to FactSet. That would mark the slowest earnings growth since the third quarter of 2020, in the height of the Covid-19 pandemic.

In the week ahead, companies including Salesforce Inc., Dollar General Corp. and Kroger Co. are slated to report quarterly results. Investors will also parse data on the health of the economy, with the latest consumer-confidence reading, gross-domestic-product estimate and the Labor Department’s monthly jobs report on deck.

Wall Street analysts have also sharply marked down current-quarter earnings estimates for S&P 500 companies, now projecting the first annualized quarterly earnings decline since 2020. Analysts at the end of June saw profit growing roughly 9% in the fourth quarter; they see a contraction of around 2% as of Friday, FactSet figures show.

“My view is that estimates are significantly too high going into 2023,” said Benjamin Kirby, co-head of investments and portfolio manager at Thornburg Investment Management. “There’s a lag of when that tighter monetary policy finds its way into actual company earnings.”

Mr. Kirby said he believes the U.S. economy will enter a recession next year and said his firm is overall positioning portfolios defensively by holding some cash and shares of companies with lower valuation multiples. He likes the telecommunications sector, saying its companies should continue generating revenue in an economic slowdown.

Stocks look cheaper than they did for much of the last two years, but valuations are on the rise again as the market rallies. Companies in the S&P 500 are trading at more than 17 times their projected earnings over the next 12 months, according to FactSet. That is down from more than 21 times at the beginning of 2022 but up from around 15 at its lows of the year and slightly ahead of its 10-year average.

For investors who believe earnings estimates have more room to fall in 2023, stocks look even pricier on a forward-looking basis.

“If earnings are revised downward, we’re expecting a downward move in the S&P 500,” said Anna Rathbun, chief investment officer at CBIZ Investment Advisory Services, who thinks 2023 earnings estimates are currently too optimistic. “Stocks are still expensive because the optimism premium is built into the estimates going out four quarters.”

Ms. Rathbun said her firm remains cautious on segments of the market it believes are most impacted by the Fed’s rate increases, such as technology, consumer-discretionary and communication-services stocks.

Other investors say they believe corporate profits could hold up better than feared next year. David Waddell, chief executive and chief investment strategist at Waddell & Associates, said he thinks earnings could contract in the first half of 2023 but grow in the second half as companies cut costs.

“I’m betting on corporate management figuring out how to get through this muddy period,” he said. “And you never want to bet against the U.S. consumer.”

As investors monitor how consumer spending and corporate results hold up in the tough business environment, the holiday shopping season poses a key test. Holiday retail sales are slated to grow, but at a slower pace than last year, according to retail industry groups and industry consultants, citing consumer strain from higher prices. Retail giants like Target Corp. have warned of a soft holiday season and cut forecasts for the current quarter.

“The proof will be in the holiday pudding when we see what’s happening with holiday spending,” said Aspiriant’s Ms. Bragar.