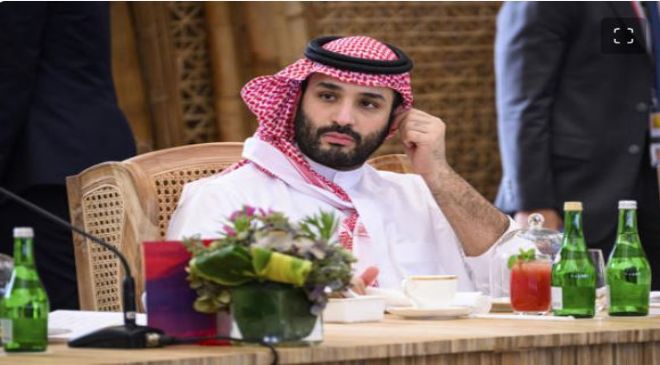 WASHINGTON – The White House said Friday the administration backed immunity for Saudi Crown Prince Mohammed bin Salman from lawsuits for his role in the killing of a U.S.-base journalist as part of “customary institutional law.

The Biden administration on Thursday said Saudi Crown Prince Mohammed bin Salman should be granted immunity from a lawsuit filed by the fiancée of slain Washington Post columnist Jamal Khashoggi and by the rights group he founded, Democracy for the Arab World Now.

The administration said the crown prince’s high office should shield him from the lawsuit.

Jean-Pierre said the stance by the administration has “nothing to do with the merits of this case” and that backing immunity does not determine the United States and Saudi Arabia’s relationship.

“I would not read anything into this filing when it comes to the future of this relationship,” Jean-Pierre said.

On the campaign trail, President Joe Biden, then candidate, said he would make a “pariah” out of Saudi rulers over the killing of Khashoggi.

Biden has previously faced criticism for his relationship with the crown prince, whom he met with earlier this year.

“He is granting a license to kill to one of the world’s most egregious human-rights abusers who is responsible for the cold-blooded murder of Jamal Khashoggi, a Washington Post columnist,” Ryan said in a statement.

Some congressional leaders were also critical over the administration’s decision to back immunity for the crown prince.

“Our intel community’s assessment of #JamalKhashoggi’s murder could not be clearer,”  according to a statement from the Senate Foreign Relations Committee, which is chaired by Sen. Bob Menendez, D-N.J. “Recommending immunity for anyone complicit in this crime is a great disappointment. Autocrats can’t be led to believe they can get away with attacking & murdering journalists & dissidents.”

Biden had ‘no plans’ to meet with crown prince at G20

Earlier this week, Biden attended the G-20 summit in Bali, Indonesia, where he met with key world leaders such as Chinese President Xi Jinping and Turkish President Recep Tayyip Erdogan.

Biden met with Xi to try to cool tensions between the two countries. In his conversation with Erdogan, Biden discussed grain exports from Ukraine and NATO alliance questions.

Leading up to the trip, national security adviser Jake Sullivan told reporters the president has no plans to sit down with the crown prince, also known as MBS. Biden met with MBS in July during a visit to Saudi Arabia.

The Biden administration last month said they were going to reevaluate the United States’ relationship with Saudi Arabia after the OPEC+ alliance of oil-exporting nations cut oil production.

“In light of recent developments and the OPEC+ decision about oil production, the president believes we should review the bilateral relationship with Saudi Arabia and take a look to see if that relationship is where it needs to be,” White House spokesperson John Kirby said at the time.

Fist bump between the two leaders

This isn’t the first time Biden has come under fire for his relationship with the crown prince.

Biden came under fire in July after he met with MBS in Saudi Arabia.

The two leaders exchanged a fist bump, before kicking off a highly scrutinized meeting. Biden faced criticism for even meeting with the prince, who U.S. officials believe ordered the 2018 killing of Washington Post columnist Jamal Khashoggi.