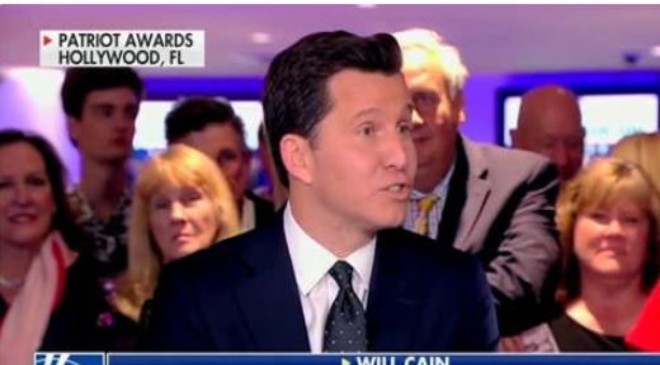 It wasn’t enough for Fox & Friends Weekend co-host Will Cain to criticize House Speaker Nancy Pelosi (D-CA) during an appearance Thursday on Tucker Carlson Tonight—he had to mock John Fetterman, the soon-to-be senator from Pennsylvania who suffered a stroke earlier this year and has since worked to improve his speaking and auditory processing skills.

Tucker Carlson, after showing a series of clips to mark the end of Pelosi’s tenure as Democratic leader in the House, asked Cain which moments of hers stood out to him.

“You know, it could be when she shows off her fancy Sub-Zero fridges in the middle of a pandemic [and] her favorite ice cream,” Cain answered, referencing an April 2020 video that Pelosi made as part of a lighthearted segment for James Corden’s Late Late Show that became fodder for the Trump campaign and other conservative attacks.

Also a notable moment, Cain added, was “when she gets her hair done when she shuts down small businesses”—another pandemic-era event that drew criticism from the right.

Cain then offered a more general gripe about Pelosi.

“Have you ever listened to the incoherent half-sentence ramblings put down in a transcript, because it’s truly remarkable,” he said. “I’m sad. While it may be the end of an era, [as] you point out, there’s ready people to pick up that baton. Between Joe Biden and John Fetterman, we have a long future ahead of us of incoherent, half-fragment thoughts.”

Fetterman, who required the use of closed captioning in an interview last month with NBC News that was reportedly choppy at times, was cruelly mocked two days before his midterm victory by Donald Trump Jr., who called him “brain dead.”

President Joe Biden, who will turn 80 on Sunday and who grew up with a stutter, has long been targeted in the area of mental acuity by Fox News hosts like Sean Hannity.