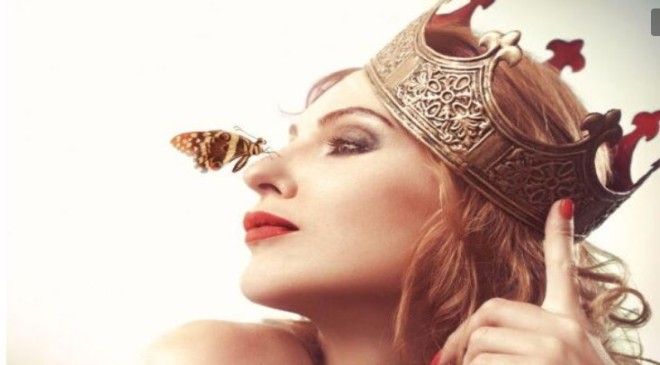 If you’re to search for an actual meaning for this new slang, you’d be dumbfounded to find other meanings. Surprisingly as of the moment, Google has not yet given the most accurate definition of the word “queen”, even though it had already been used excessively on most social media sites for years now.

For some, hearing this internet slang instantly triggers what is somehow meant by it– a powerful woman. However, the word “queen” is popularly used to celebrate every woman, be it biologically or at heart.

To be fair, it is quite difficult to completely define this internet slang. But for starters, the word “queen” should not be taken literally. Rather, it is a trait or, better yet, a state of mind. And yes, you don’t have to have any royal blood to call yourself one.

While there is still to be a formal definition for this internet slang, let this article enlighten you as to what being a queen means.

Check out these traits to see if you’re already in your queenly state of mind, or if you are still to unleash the queen within.

1. A QUEEN UPLIFTS OTHER QUEENS

Real queens fix each other’s crowns. They don’t try to bring each other down. Instead, they help build each other up in more ways than one. This queenly trait reminds every woman to transcend the toxic culture of women bashing women.

As the saying goes, “girls compete, women empower.” There shouldn’t be any room for hate, especially among queens.

2. A QUEEN KNOWS HER WORTH

A real queen doesn’t measure her self-worth based on other people’s opinions of her. She recognizes that her worth as a woman and as a person does not depend on the shape of her body or the color of her skin. Nor is it defined by her past mistakes or setbacks in life.

More importantly, a queen knows that while she needs other people to help her become a better version of herself, only she can unlock her best self. Nothing is more beautiful than a woman who is in love with the person that she is today.

3. A QUEEN RECOGNIZES HER ENDLESS POTENTIAL

A queen is not afraid to show the world what she is capable of. She is fully aware of her duty to do what she was born to do and through it, achieve her maximum potential.

She does not let setbacks in life limit her potential. She perseveres, to be more educated, to be more proactive, and to be heard. A queen is not afraid to take up space in this world.

4. A QUEEN IS A STUDENT OF LIFE

A queen acknowledges that she is a work in progress. Like everyone else, she knows she still has a lot to learn. She accepts that pain is part of life and always aims to learn from it.

She aspires to make an even better version of herself by being open to everything that life has to offer and treating every adversity in life as an opportunity for growth.

A queen does not let other people’s actions rob her of her inner peace. The strength that she shows is not of physical strength, but rather, the strength to move on from past pains and tragedies.

She knows that there are things outside of her control, so she chooses her peace of mind. A queen thrives to live a life free from negativities.

6. A QUEEN IS ALWAYS IN PURSUIT OF WHAT IS GOOD, RIGHT, AND TRUE

Every one of us has pursuits in life. What differentiates us is what it is in life that we are in pursuit of.

A real queen is a champion; an advocate who fights for what she believes is good, right, and true. She is passionate to live life in kindness, in truth, and in righteousness.

SO, WHO DECIDES IF YOU’RE A QUEEN?

Of course, you get to decide if you are a queen! If you can live by these traits and more, who’s to stop you from claiming your throne? All you have to do is to show the world the beautiful person you continue to aspire to become every single day!

By now, you know that being a ‘queen’ doesn’t necessarily require any supernatural powers, nor does it come from the extraordinary. As far as we know, every one of us can be a queen in our own way. All that we have to do is to claim it, to prove that we are worthy of our crowns.