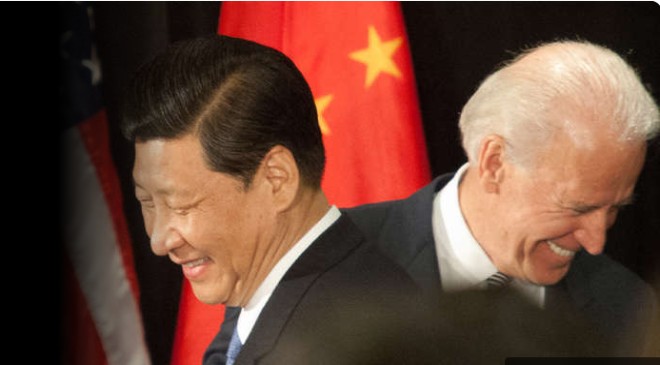 WASHINGTON — Antony J. Blinken, the U.S. secretary of state, plans to visit China early next year to follow up on the meeting between President Biden and China’s leader, Xi Jinping, in Bali, Indonesia, a State Department official in Washington said on Monday.

The trip by Mr. Blinken would have the same broad aims as the meeting in Bali: to keep the lines of communication open and to have frank exchanges about important issues at senior levels in order to avoid conflict. American and Chinese officials plan to work out details of the trip over the coming weeks.

Mr. Biden said at his news conference in Bali on Monday night that Mr. Blinken would make a trip sometime soon. Mr. Blinken sat to Mr. Biden’s right as the American delegation met in a hotel with Mr. Xi and Chinese officials. The U.S. ambassador to China, R. Nicholas Burns, was also on the American side of the table.

Mr. Blinken has met with Wang Yi, the foreign minister of China, several times in various places outside of China. They spoke in late September on the sidelines of the United Nations General Assembly meeting. Taiwan was a central topic of the discussions.

“We believe that it is important for the United States to change its own image, and to stop advancing its own democracy in the rest of the world,” Mr. Yang told Mr. Blinken and Mr. Sullivan in that meeting.

In internal discussions, Mr. Blinken has been supportive of the Biden administration’s actions on China, including the sweeping export controls on semiconductor technology announced last month.

Mr. Blinken has rallied allies and partners to denounce China’s actions on Taiwan, including the military exercises and missile tests that Beijing carried out after Speaker Nancy Pelosi’s trip to the island in August. And Mr. Blinken has not changed the official State Department designation of the Chinese government’s actions against ethnic Uighurs in Xinjiang as “genocide,” a designation that Mr. Blinken’s predecessor, Mike Pompeo, made in January 2021, right before the end of the Trump administration.

At the same time, Mr. Blinken is a proponent of Mr. Biden’s goal of keeping open channels of communication with China in order to avoid a rapid deterioration of the relationship. The two countries are the world’s largest economies and have extensive trade ties.

U.S. officials said after the meeting in Bali that the two countries would resume diplomatic talks that Beijing had frozen after Ms. Pelosi’s visit to Taiwan. That includes talks on climate change and global environmental policy.

But analysts say Mr. Blinken and other administration officials will continue to enact tough policies on China even as they carry on diplomacy.

“To use Theodore Roosevelt’s phrase, Biden’s approach to China can be described as ‘speak softly and carry a big stick,’” said Yuen Yuen Ang, a political scientist at the University of Michigan. “Unlike Trump, Biden does not send wild tweets or insult China, but he is determined to counter China’s rise, and he has been steadily doing so by rallying allies and cutting off China’s access to critical technology.”