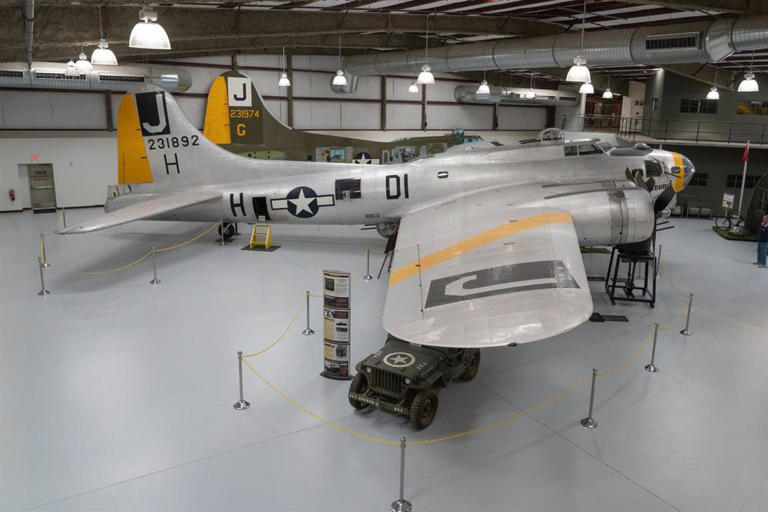 Two U.S. military aircraft collided in mid-air at 13.00 hours this Saturday (local time) while performing an air show at Dallas Executive Airport, in the state of Texas, although the number of crew members on board and their condition following the accident has not been disclosed at this time.

The aircraft involved in the accident were a Boeing B-17 Flying Fortress and a Bell P-63 Kingcobra as confirmed by the Federal Aviation Administration. When their trajectory coincided in the air, they plunged and their contact with the ground generated an explosion, as can be seen in the images released.

The show was part of a day to “relive history” on Veterans Day, in which spectators would be able to witness the maneuvers of 40 World War II-era aircraft, according to Fox News.

The city’s mayor, Eric Johnson, described the crash as a “terrible tragedy” and said the airport will remain closed until the Federal Aviation Administration (FAA) completes its investigation.

The local representative confirmed that no injuries have been reported among bystanders or others on the ground, although the number of casualties among the crew has not been released.

However, the Air Pilots Association (APA) has identified Terry Barker and Len Root as two of those killed in the crash, while traveling in the B-17 Flying Fortress. “Our hearts go out to their families, friends and colleagues past and present,” they wrote on Twitter.

At a press conference, the president and CEO of the Commemorative Air Force has reported that four to five crewmembers normally travel in that aircraft, while the P-63 is “a single-pilot fighter.”

“I can tell you that it was normally manned. I cannot disclose the number of people involved or their names until the National Transportation Safety Board (NTSB) authorizes me to do so,” he said as reported by CNN.