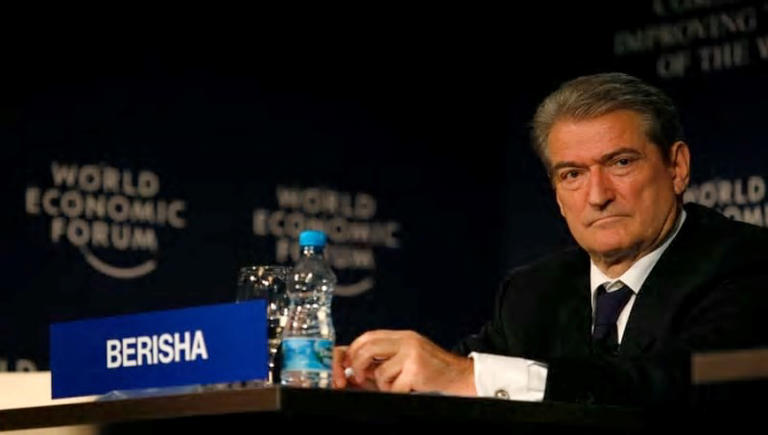 A mass anti-government protest in Albania ended with clashes with police in front of the prime minister’s office on the evening of November 12.

The protest against Prime Minister Edi Rama’s Socialist government was led by the opposition Democratic Party alongside the smaller Socialist Movement for Integration (LSI). They accused the government of corruption and being responsible for the high poverty rate and mass emigration — an emotive issue given the public political debate over Albanian immigration in the UK.

However, after some political leaders left, protesters broke though a police cordon in front of the prime minister’s office and threw paint at the building. Others lit candles in memory of three Albanians who died in police custody. One arrest was made.

This year, however, discontent has been growing in Albania amid rising prices caused by soaring food and energy costs since Russia’s invasion of Ukraine, despite government efforts to support poorer Albanians.

Berisha, a former president and prime minister, took over the leadership of the Democratic Party in 2022 after a lengthy power struggle with its former leader Lulzim Basha. He gained the backing of the overwhelming majority of party members, despite being blacklisted for corruption in the US, along with close family members.

The opposition is expected to step up its efforts against the Socialist government in the run-up to the May 2023 local elections.

Berisha highlighted the debate in the UK — where the rightwing media and some government ministers have repeatedly criticised Albanian immigrants — blaming Rama for emigration from the country. UK data shows that Albanians are the most numerous nation arising in the country illegally on small boats.

“We gather here today at a time when, just like 32 years ago, the world sees us as boat people,” he told the rally, Albanian media reports said. He accused Rama of being responsible for the problem, and urged international politicians not to support Rama’s regime.

A separate protest took place in London, where more than 1,500 Albanian expats appealed to Home Secretary Suella Braverman to respect them as workers and taxpayers. However, they drew the ire of anti-immigrant Brits for draping an Albanian flag over a statue of Winston Churchill.

Rama previously slammed UK politicians for scapegoating Albanians for their own policy failures.