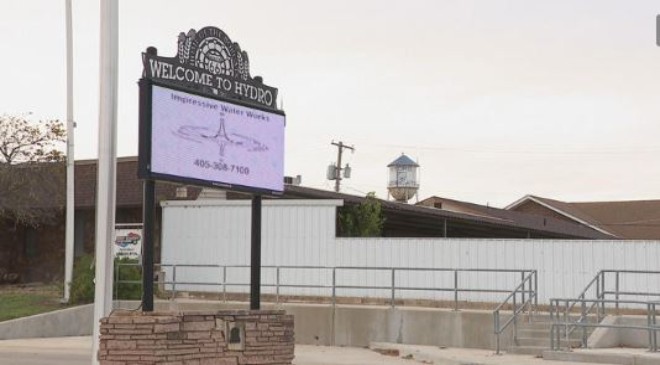 Oklahoma health leaders are still investigating what’s behind an E. coli outbreak in Custer and Caddo counties. Fox 25 stopped by Hydro to see just how worried residents are for their family’s safety.

It’s a lot to take in for Jones, who actually had E. coli in mid-October.

“I didn’t know that I had it. I hadn’t really gotten sick. I had a couple of really minor symptoms that I just attributed to pregnancy.”

A couple weeks later, the Oklahoma State Department of Health (OSDH) announced an outbreak in Custer and Caddo counties.

“It’s also really scary because I don’t know where I picked it up at,” Jones said.

That’s what the OSDH is working to find out.  On November 3, a Hydro-Eakly Public Schools’ Facebook post shows health leaders recommending that residents temporarily stick to drinking bottled water, or boiled tap water.

“We haven’t had to worry about our water as much since we are on a well, but we’re definitely hesitant to be willing to eat out,” Jones said. “Both communities, Weatherford and Hydro, have both said that they’ve had their water checked and it came back clean. But, that makes you wonder, where is it coming from?”

The OSDH shared the following information with Fox 25 about how E. coli is contracted:

“Person-to-person spread is rare with these illnesses, rather it is more common to contract these illnesses through consumption of undercooked meat, contaminated raw milk or water and the handling of raw poultry or pork without washing hands or surfaces properly.”

Common symptoms are diarrhea, vomiting, fever and muscle aches, but Jones got through her sickness just fine.

“Thank the lord for that,” Jones said.

“Hydro-Eakly Public Schools has been cooperating with the State Department of Health and DEQ to identify the cause of bacterial illnesses that residents in our area have been experiencing. Though no source of infection has been identified in our community, we are currently following all recommendations and guidance given to us by health department officials.”

As part of the investigation. the state health department is asking residents in those counties to fill out an online survey.