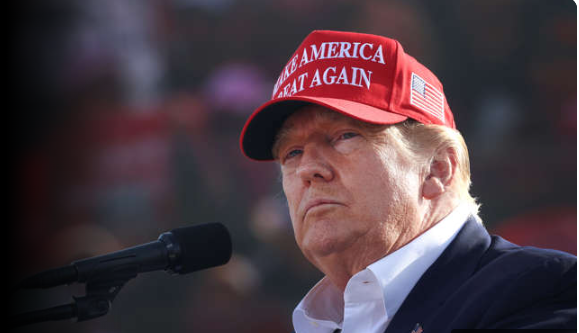 By Karen Freifeld and Luc Cohen

The company paid certain executives – including former CFO Allen Weisselberg – in perks such as rent and cars without reporting those benefits to tax authorities, and falsely reported bonuses as non-employee compensation, said prosecutor Susan Hoffinger of the Manhattan district attorney’s office.

“This case is about greed and cheating, cheating on taxes,” Hoffinger said. “The scheme was conducted, directed and authorized at the highest levels of the accounting department at the company.”

The case is one of several legal troubles facing the 76-year-old Trump as he considers another bid for the presidency after losing in 2020.

Trump has not been charged in the case.

Weisselberg, who has worked for Trump for nearly half a century, in August pleaded guilty to avoiding taxes on $1.76 million in personal income and agreed to testify at trial as part of a plea deal for him to receive a sentence of five months in jail. He paid back nearly $2 million in taxes, penalties and interest, Hoffinger said.

Both Trump Organization units charged – the Trump Corporation and the Trump Payroll Corporation – have pleaded not guilty. Their lawyers argued on Monday that Weisselberg was not acting on the company’s behalf.

“Weisselberg did it for Weisselberg,” Michael van der Veen, a lawyer for the Trump Payroll Corporation, said in his opening statement. “Greed made him cheat on his taxes, hide his deeds from his employer, and betray the trust built over nearly 50 years.”

Hoffinger said Weisselberg was “a prime beneficiary” of the scheme. But she said he acted as a Trump Organization executive, and that the company benefited by keeping top executives happy and saving on taxes.

Hoffinger said Trump paid for the private-school tuition of Weisselberg’s grandchildren, adding that the jury would see checks signed by Trump himself as evidence.

Mazars did not immediately respond to requests for comment. In February, the firm dropped the Trump Organization as a client and said financial statements it prepared for the company from 2011 through 2020 should no longer be relied on.

If convicted, the Trump Organization – which operates hotels, golf courses and other real estate around the world – could face $1.6 million in fines. It could also further complicate the real estate firm’s ability to do business.

The trial is expected to last over a month. Twelve jurors must reach a unanimous verdict for conviction on each count of tax fraud, scheming to defraud, and falsifying business records.

She said that when Trump was elected president in late 2016, Weisselberg and the company “had to clean up these fraudulent tax practices” due to concerns about additional scrutiny. The companies stopped paying for its employees’ unreported personal expenses, and Weisselberg began paying his grandchildren’s tuition himself, Hoffinger said.

Susan Necheles, a lawyer for the Trump Corporation, said it was Weisselberg – not the company – who wanted to clean things up.

The prosecution’s first witness, Trump Organization controller Jeffrey McConney, testified that Weisselberg received a portion of his compensation as non-employee bonuses until a certain point.

Prosecutor Joshua Steinglass asked him if it stopped around the time Trump was elected.

“I think coincidentally it was,” said McConney, who was granted immunity from prosecution because he testified before the grand jury that indicted Weisselberg and the companies.

“Did you say coincidentally?” Steinglass replied. McConney, who prosecutors see as a hostile witness, said yes.

Weisselberg stepped down as CFO when he was indicted but remained on the payroll as a senior adviser. After his guilty plea, he continued to be paid but was put on leave.

The case is separate from a $250 million civil lawsuit filed by New York’s attorney general against Trump, three of his adult children and his company in September, accusing them of lying to banks and insurers by overvaluing his real estate assets and Trump’s net worth.

Trump also faces a federal criminal investigation into the removal of government documents from the White House when he left office last year.