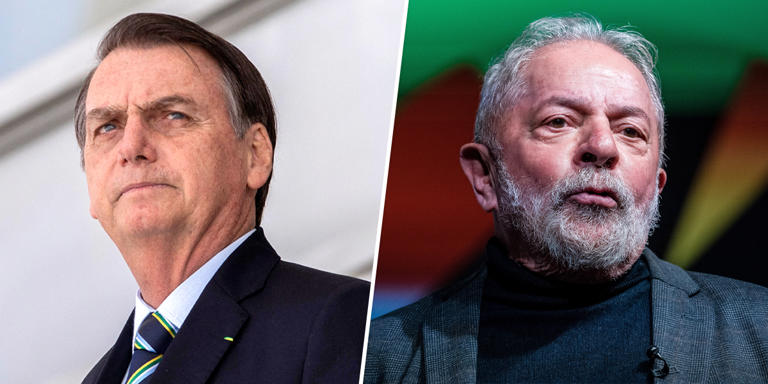 As a dual citizen of the U.S. and Brazil, Monica Ferrari will be going on Sunday to the Latin American Association in Atlanta to cast her ballot in her home country’s highly contested runoff election.

The 59-year-old teacher said she would be voting for leftist former president Luiz Inácio Lula da Silva “because Bolsonaro represents all the worst that we can have in terms of politics — he is against women, against gays, against LGBTQ [people], he is against Blacks. He said once that he would kill his sons if they would say they were homosexuals. … I normally say Bolsonaro is a Trump that speaks Portuguese,” Ferrari said.

The second round of voting in the race between far-right populist President Jair Bolsonaro and his challenger, Lula, has divided the nation as well as Brazilian nationals living abroad. It has drawn record numbers of voters abroad to the polls.

Bolsonaro, who has drawn repeated comparisons to former President Donald Trump throughout the leaders’ overlapping presidencies, lost the first round of voting earlier this month while still outperforming nearly every major poll. While Lula beat Bolsonaro by about 4 percentage points, he came shy of the 50% threshold needed to avoid a runoff.

“Honestly I never thought I would be voting for Lula again — I was quite disappointed in how corrupt his government was,” said Ferrari. “But I think that despite everything that went wrong in his period in power, what Bolsonaro represents, and is doing, is even worse.”

In Orlando, Florida, Vitor Spier is still very much invested in what happens in his home country, though he’s been in the U.S. for 30 years.

Spier, 56, will be casting a ballot to re-elect Bolsonaro.

While some people don’t sympathize with Bolsonaro because “he has a big mouth” and a peculiar way of doing things, “you have to look at the results,” said Spier, originally from Porto Alegre.

“We had [many] years with the other candidate and I would say those … were the worst years of Brazil, with the corruption and money being taken out of the country illegally,” he said. “Bolsonaro, his economy is working, as far as I can see.”

While it’s difficult to pin down the number of Brazilian immigrants living in the U.S., it could be up to 1 million, according to Maxine L. Margolis, professor emerita of anthropology at the University of Florida.

“Many of them are undocumented — but the other reason is that the Brazilian ethnicity is sort of complex, and they are often confused with Hispanics, which they are not,” she said, referring to the fact that Brazilians speak Portuguese, not Spanish. “So there is a huge range of estimates.”

Margolis said the largest concentration of Brazilians is probably in Massachusetts, followed by Florida and then New York.

There are growing fears the competitive election results may be contested by Bolsonaro if he loses. Bolsonaro has repeatedly cast doubts on Lula’s current narrow lead.

One of Bolsonaro’s sons, Senator Flávio Bolsonaro, said on social media that his father was a victim of the “biggest electoral fraud ever seen.”

Another son, Eduardo Bolsonaro, a member of the Chamber of Deputies, suggested postponing the elections in order to address the issue properly.

Bolsonaro has said in the past that the “system is completely vulnerable,” referring to the country’s electronic voting machines, even though they have been used in elections for nearly three decades.

Implications for the U.S.

The election, “could profoundly impact the relationship with the United States,” said Eric Farnsworth vice president of the Council of the Americas, and a former senior U.S. government official.

He said the election would affect global climate issues and Brazil’s place or position in the world.

Bolsonaro has been widely criticized for encouraging more farming and mining in the Amazon, as well as cutting back the budgets of government agencies that protect the jungle.

Farnsworth said that although there was deforestation during Lula’s previous term as president, the rate would likely decrease if he wins on Sunday.

“There will be more of a willingness on the Brazilian side to dialogue with the United States, Europeans and others on the global climate change agenda,” Farnsworth said.

Bolsonaro had a warmer relationship with Trump than with Biden. Bolsonaro has cast doubt on the 2020 U.S. election results, echoing false claims that there was widespread fraud.

If Lula is elected, “the relationship with Russia will continue, although it won’t increase dramatically, but there will be a lot more of a receptivity to China — Bolsonaro has meaningfully tried to downgrade that relationship,” Farnsworth said. “But that will impact U.S. relations.”

For some Brazilians, the choice between the two polarizing men with complicated political histories has required weighing the flaws of each candidate.

Elizabeta Stacishin, a retired architect in Colorado, is not voting in the election. While both candidates “are not great” —  she cited Lula’s stint in prison on corruption charges and Bolsonaro’s track record of inflammatory comments toward homosexuals and other minority groups — she said she would vote for Lula if she were going to vote.

“Lula has his problems … his criminal past … But I think that Lula understands people and the working class, and I really do think that he wants to help them, as opposed to Bolsonaro, who is an opportunist,” she said. “I think that the imperfections on the Bolsonaro side are just unneglectable.”