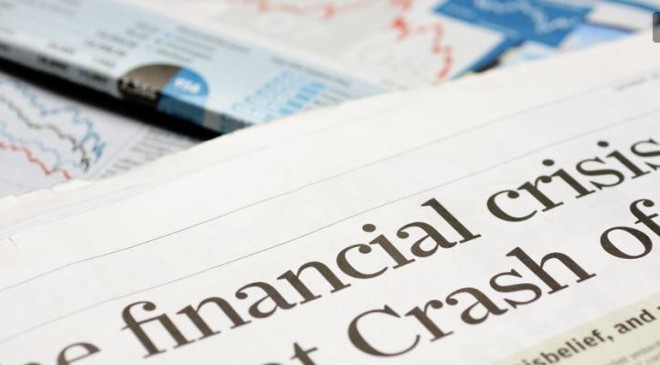 Investors have plenty of things to worry about these days, as the Federal Reserve raises interest rates to combat high inflation, potentially risking sending the economy into a recession. But October may also remind investors of another risk: stock market crashes. The two worst stock market crashes in U.S. history came in October, so while severe declines of that nature are quite rare, market participants may have crashes on their minds amid the recent market turmoil

Stocks can rise or fall on any given day, so declines aren’t uncommon. But stock market crashes are different because of the steep decline in prices over a short period of time. Arguably, the most significant stock market crash in U.S. history came in October 1929. The market had reached an all-time high in September, but on Oct. 24, stocks began to fall. The following Monday and Tuesday, which became known as Black Tuesday, the Dow Jones Industrial Average lost nearly 25 percent of its value, helping to usher in the Great Depression.

The other major October crash was even more sudden and occurred on October 19, 1987, which became known as Black Monday. Investors were concerned over the U.S. trade deficit and tensions in the Middle East, but computerized trading played a major role in the crash, which saw the Dow fall by about 22 percent, the largest ever percentage drop in a single day.

The stock market rose steadily throughout the 1920s, reaching an all-time high in September 1929, more than six times its level in August 1921. The economist Irving Fisher notoriously declared that stocks had reached a “permanently high plateau.” The market didn’t take long to correct him.

The selling began on Thursday Oct. 24, but the crash really picked up steam the following Monday and Tuesday, when the Dow fell by 13 and 12 percent, respectively. By mid-November, the Dow was nearly half the level of its September high, crushing the fortunes of investors and speculators alike.

The market continued to fall over the next few years as the economic difficulties of the Great Depression set in. The market finally bottomed in July 1932 with the Dow closing at 41.22, down 89 percent from its pre-crash high. It wouldn’t regain its September 1929 heights until November 1954.

The 1929 crash came following a period of economic strength and technological progress. Cars and telephones were new inventions that gained widespread popularity and more working-class families began investing in the stock market. Many people invested by using margin accounts that allowed them to borrow the vast majority of their investment, with their stocks serving as collateral. But this helped fuel speculation in stocks and inflated their prices to unsustainable levels. Eventually, the bubble burst and the stock market crashed.

The 1987 stock market crash, or Black Monday, is known for being the largest single-day percentage decline in U.S. stock market history. On Oct. 19, the Dow fell 22.6 percent, a shocking drop of 508 points.

The crash was somewhat of an isolated incident and didn’t have anywhere near the impact that the 1929 crash did. While there were concerns over the growing U.S. trade deficit and tensions in the Middle East, computerized trading programs were mostly blamed for the crash. The algorithms bought more as prices rose and sold more as they fell. The widespread selling on Oct. 19 led to even more selling as some traders panicked and the market seemingly couldn’t find a bottom.

But the market recovered fairly quickly after the sell-off, with stocks closing out 1987 with a small gain for the year. Less than two years later, the market had regained all of its losses from the crash.

The economy was growing strongly through much of the 1990s. The internet had made its debut and there was growing optimism about the ways the new technology would transform the way people live. The tech-heavy Nasdaq Composite increased from about 1,000 to more than 5,000 from 1995 to 2000. Companies that had nothing to do with technology or the internet changed their name to include “.com” in the hopes that investors would bid up their shares.

But in early 2000, the bubble began to burst. Five of the Nasdaq’s 15 worst days ever came between April 2000 and January 2001. On April 14, 2000 the index fell by nearly 10 percent, its second-biggest single-day decline ever at the time. By the time the market bottomed in October 2002, the Nasdaq had lost nearly 80 percent of its value.

It was a unique environment because not all stocks were crashing. Companies tied to the “old economy” that had stable and growing earnings had been shunned by investors during the tech boom saw their shares rise even as tech stocks sold off. Shares of Warren Buffett’s Berkshire Hathaway jumped more than 25 percent in 2000, while insurer Progressive’s shares rose more than 40 percent in 2000 and 2001.

The collapse of the housing market brought the U.S. financial system to the brink of collapse in the fall of 2008, with the U.S. government stepping in to rescue banks and financial institutions that couldn’t cover losses tied to subprime mortgages. The first signs of trouble emerged in 2007, but the stock market pushed higher. As the size of the problem became more clear throughout 2008, stocks fell, finally reaching a pivotal moment in September of that year.

Over a frantic weekend in New York City, the U.S. government organized the sales and rescues of financial institutions that would have otherwise collapsed such as Merrill Lynch and AIG. The stock market was extremely volatile throughout this period with the market rising on news of government bailouts and falling when Congress voted to reject an initial plan. There were four days from the end of September to early December when the S&P 500 lost between 7 and 8 percent of its value in a single day.

The market continued falling as the economy worsened and investors realized that the U.S. was experiencing the worst recession since the Great Depression. The market eventually bottomed in March 2009 with the S&P 500 losing nearly 60 percent from its October 2007 peak. It took until April 2013 to surpass the previous high.

One of the most unique stock market crashes came in March 2020 as investors realized the gravity of the Covid-19 pandemic and the impact it could have on the global economy. On March 16, 2020, the Dow fell almost 3,000 points, or nearly 13 percent, for its largest point decline ever and largest single-day percentage drop since the 1987 crash.

After reaching an all-time high on Feb. 19, 2020, the S&P 500 had fallen 34 percent by March 23, one of the sharpest declines in history. But as the Fed and U.S. Treasury Department stepped in to support the economy and boost benefits to those most impacted by the pandemic, the market began to recover. By August, the market had reached a new high and continued surging through much of 2021.

Is the stock market crashing?

With the stock market currently in a bear market and down substantially from its highs, it’s reasonable to ask whether we’re seeing another market crash. While the market has declined, it hasn’t been the type of sharp and sudden selling that typically accompanies market crashes. The declines have come as investors try to sort out the impact of high inflation, rising interest rates and a potential recession.

The steeper decline experienced by the tech-heavy Nasdaq has been driven by the especially large impact higher interest rates have had on those companies’ valuations. Because many tech companies lose money initially and don’t expect to generate earnings for many years, their market values are particularly hurt by higher interest rates.

How to protect your portfolio in a downturn

While market crashes are difficult, if not impossible, to predict ahead of time, there are some steps you can take to protect yourself during a market downturn.