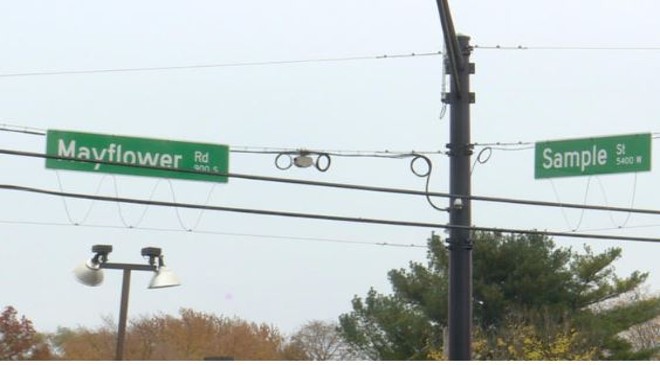 A road rage incident left two motorcyclists in the hospital, and their families demanding justice.

Both victims are still in a great deal of pain and confusion.

Their families tell WSBT they can’t wrap their heads around why someone would do this.

It happened Sunday at the intersection of Sample and Mayflower in South Bend, where the bikers say they revved their engines and honked their horn at a vehicle stopped at a green light.

It was a beautiful day for a motorcycle ride Sunday – one that quickly turned into terror.

Dale and his brother Robert say they were out on their bikes with other family members, when they came upon a gold Chevy Trailblazer at the intersection of Sample and Mayflower.

They say they revved their engines because it was stopped at a green light.

A police report adds they honked at it.

“He lifted his head and then took off, we didn’t think nothing about it, we followed him all the way by the bypass, and my brother started going where it turns to two lanes, and he swerved in and out, and at the last minute, he cut off to get on the bypass, so we just kept going,” said Dale.

According to the police report, witnesses saw the SUV turn around on the entrance ramp to the bypass, nearly hitting oncoming traffic, to get back onto Mayflower.

Dale says he saw the Trailblazer speeding up behind him, it then struck him; something Dale claims was intentional.

“When you’re looking in your mirror and you see the guy cut towards you, because I got kind of off the edge of the road, and he intentionally turned that way to hit,” said Dale.

While Dale is out of the hospital and resting at home, Robert isn’t so fortunate.

Robert told police the Trailblazer followed him for a couple miles before running him off the road.

His injuries have kept him in the hospital the last few days.

“Started at the bottom on my left side, I’ve got a broken toe, and my pelvic bone is broken, I’ve got four broken ribs and then I’ve got a broken collarbone, all on the left side. As soon as he took out my brother, I feared for my life so bad, it’s like I’m gonna die either way because he’s either gonna run me over with the bike or I’m not going to be able to get away from him and I’m gonna lose control and wipe out,” said Robert.

St. Joseph County Police are investigating the incident. We’ll bring you updates as they become available.