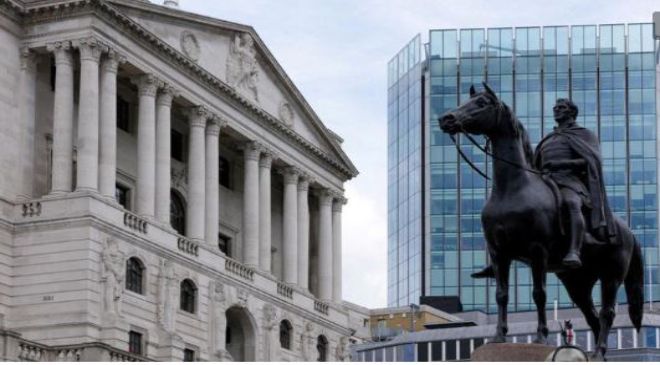 The Bank of England stepped in with another emergency intervention in the markets on Tuesday in an attempt to stave off a “fire sale” of UK government bonds by pension funds.

In the second update for its bond-buying scheme in as many days, the Bank said it would expand its operations to include purchases of index-linked gilts, a type of UK government bond that tracks inflation.

Threadneedle Street said it was taking the step to further increase its emergency programme, which is due to expire on Friday, after a “significant repricing” for UK government debt this week.

UK government borrowing costs rose sharply on Monday to the highest levels since the financial market chaos triggered by Kwasi Kwarteng’s mini-budget in September, despite renewed efforts by the to smooth over the turmoil.

The central bank was forced to step in late last month amid a dramatic sell-off for long-dated government debt, with a promise to buy up to £65bn in UK government bonds in a scheme running until 14 October to ease market turmoil.

Sir John Gieve, a former Bank deputy governor for financial stability, said the central bank could be forced to extend its bond-buying programme for as much as a “couple more weeks” beyond this Friday.

“The [bond market] moves yesterday must have alarmed them,” he told BBC Radio 4’s Today programme. “The message may have been the market felt that there were still important investors who were exposed to a spiral developing, of having to sell gilts in order to find cash, in order to meet demands in the market.”

Gieve suggested the Bank was being forced to take action as a consequence of the chancellor’s mini-budget, which promised £45bn of unfunded tax cuts directed at middle and high earners.

“The internal workings of the financial markets have thrown up an element of instability that the Bank is addressing. But the underlying move came on the back of the announcement of huge amounts of extra borrowing and tax cuts without a clear plan of how to pay for them,” he said.

In the final week of the emergency scheme, the Bank warned there were still financial stability risks for pensions funds in “liability driven investment” schemes, which have been caught out by the dramatic rise in UK government bond yields since the chancellor’s mini-budget.

“Dysfunction in this market, and the prospect of self-reinforcing ‘fire sale’ dynamics pose a material risk to UK financial stability,” the Bank said in a statement.

The move by the Bank to include purchases of index-linked gilts comes after it said on Monday it would loosen the criteria of the scheme. It had promised to increase the capacity of its programme to £10bn a day from a previous level of £5bn to ensure there was sufficient capacity in the market before the end of the programme. The Bank has however used limited amounts of this overall capacity, buying less than £6bn out of its £65bn potential total so far.

Threadneedle Street said the enhancement of its programme to include index-linked gilts would run until 14 October, when its emergency intervention would still end as planned.

The sharp rise in bond yields comes despite an attempt by the government on Monday to calm markets by announcing it would bring forward the date of Kwarteng’s debt-cutting plan from 23 November to 31 October, alongside naming a respected civil servant, James Bowler, as the new top official at the Treasury.

Gieve said the steps provided soothing “mood music” for the financial markets, but warned the biggest problem was a black hole in the government finances that could be politically difficult to close.

The Institute for Fiscal Studies estimates Kwarteng will need to find £60bn to fill the gap left by unfunded tax cuts. Economists have said he will either need to U-turn on more of the government’s tax plans, launch deep public spending cuts unseen since George Osborne’s austerity drive, or run higher levels of public borrowing that could risk further turbulence in financial markets.

“He’s actually got to now produce a set of projections which add up,” Gieve said.

“Now it’s one thing to say that, can he actually deliver that? Does the parliamentary party believe in that? All the difficult decisions have still got to be taken.”