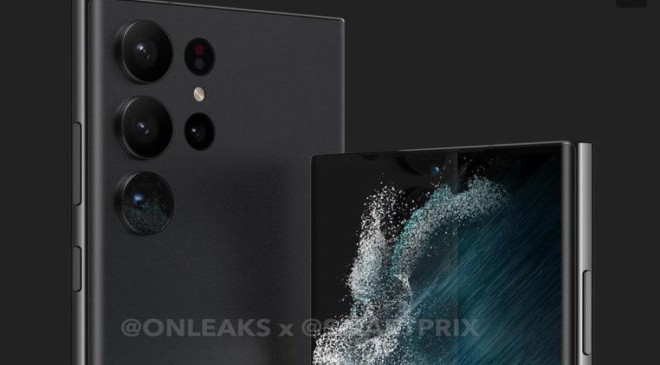 As we get closer to Samsung’s next big launch, a Galaxy S23 Ultra vs Galaxy S22 Ultra preview will help you learn what the biggest expected upgrades are for the company’s upcoming flagship.

At least based on the Galaxy S23 Ultra rumors and leaks so far, this phone could look nearly identical to the ultra-premium Galaxy S22 Ultra, which starts at $1,199.. But there could be major enhancements on the way, especially to the cameras, which could make the S23 a serious contender for our best phones list.

So what could be the major Galaxy S23 Ultra vs S22 Ultra differences? Let’s break down everything we know so far.

The regular Samsung Galaxy S23 is tipped for a redesign on the back, which would turns the camera bump into three separate lenses that are more integrated with the design. But the Galaxy S22 Ultra already had that look and it seems like not much is changing for the S23 Ultra. Not that we’re complaining.

You should expect an integrated S Pen once more for taking notes, drawing and more. And we’ve seen one rumor that the S23 Ultra will be slightly longer and wider than the S22 Ultra, which could be to accommodate the rumored larger camera sensor.

Based on some leaked S23 Ultra renders, it appears that the new phone could have slightly more squared off edges, which could make the phone less slippery to hold.

The Samsung Galaxy S22 Ultra already had one of the best screens ever on a phone with its ultra-bright 6.8-inch AMOLED panel and 120Hz dynamic refresh rate.

With the Galaxy S23 Ultra, leaker Ice Universe says that the screen is changing but has not gone into any details yet.

It’s possible that Samsung could make some upgrades to the always-on display functionality in the S23 Ultra to combat the iPhone 14 Pro Max’s more advanced AOD features. But we’re hoping that Samsung keeps things simple in terms of presentation while also offering more customization options.

We could also see a boost in brightness in the S23 Ultra’s panel, as the iPhone 14 Pro Max now has the brightest screen around when viewing HDR content.

At this point we all know that resolution isn’t everything when it comes to the best camera phones. But it’s still exciting to hear that the Galaxy S23 Ultra could sport a main 200MP sensor. This would be a major upgrade over the S22 Ultra’s 108MP wide camera.

This 200MP camera rumor for the S23 Ultra has been reported by multiple sources. And it could give Samsung a strong competitor to the iPhone 14 Pro series’ 48MP main camera.

According to leaker Ice Universe, the 200MP camera is “100% confirmed,” but we’ll have to see what this means for photo quality and for shooting in RAW format.

The dual telephoto lenses are expected to return once more with 3x and 10x optical zoom, as is the 40MP selfie camera.

The dual telephoto lenses are expected to return once more with 3x and 10x optical zoom, as is the 40MP selfie camera.

The Galaxy S23 Ultra should be one of the first phones to ship with the new Snapdragon 8 Gen 2 chip, which promises a big leap in terms of performance.

The Weibo leaker Digital Chat Station claims that the Qualcomm Snapdragon 8 Gen 2 chipset could have an “ultra-high frequency” version capable of reaching speeds of 3.4 to 3.5GHz. The current Snapdragon 8 Plus Gen 1 clocks in at 3.2GHz.

Plus, the leaker says that the GPU upgrades could outperform the iPhone 14 Pro, but we’ll have to put that claim to the test.

What’s not clear is whether Samsung will offer its own Exynos 2300 chip for the S23 Ultra outside the U.S. or make this phone a Qualcomm exclusive.

It’s pretty much a given that the Galaxy S23 Ultra will run Android 13 out of the box and based on our Android 13 review the upgrades are nice to have but not monumental. This release focuses on things like stability, permissions changes and Material You design personalization, along with better privacy and security.

There’s also an updated media player in Android 13 and the ability to customize Bedtime mode to help your eyes adjust before going to bed. Other highlights include spatial audio support for the best headphones.

The Galaxy S22 Ultra should get an upgrade to Android 13 as well, though the timing is not finalized. It would likely happen before the S23 Ultra’s arrival, though.

The Samsung Galaxy S23 Ultra is tipped to use the same 5.000 mAh battery as the Galaxy S22 Ultra, but that should be plenty to get you through the day. And we’re hoping that the Snapdragon 8 Gen 2 chip helps you squeeze out more battery life by being more efficient.

The S22 Ultra lasted a decent but not great 10 hours and 18 minutes on the Tom’s Guide web surfing battery test. The best phone battery life list has handsets that last 11.5 hours or more on a charge.

Samsung will likely once again offer 25W charging for the S23 Ultra out of the box. And we’re assuming you’ll be able to spring for a faster 45W charger, similar to the S22 Ultra. That charger got the phone to 67% in 30 minutes, while the iPhone 14 Pro Max is rated for just 50% in the same amount of time.

Based on the rumors and leaks, the Samsung Galaxy S23 Ultra could look nearly identical to the S22 Ultra. And yet the internal upgrades could go a long way towardd s solidifying this flagship as one of the best Android phones money can buy.

Still, if Samsung charges the same $1,199 in a down economy, some may question if the S23 Ultra is worth the premium. It will come down to how well the new cameras and new chip perform in our testing.

Stay tuned for more info as we get closer to launch.