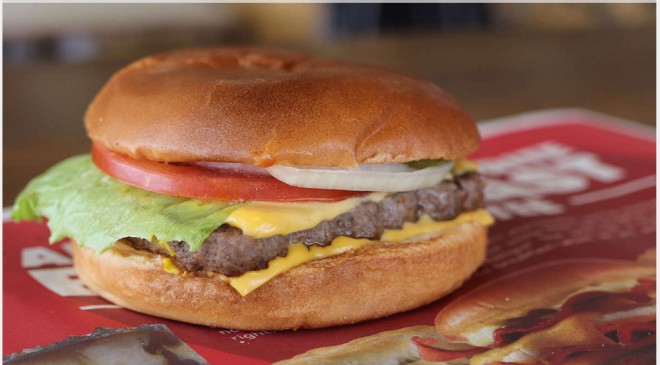 The burger segment of the U.S. restaurant industry is truly massive, both in terms of sales and competition. QSR Magazine lists no fewer than 15 fast-food burger chains in its most recent roundup of top-performing fast-food brands in America—which is a little less than double the market headcount for chicken chains, and a little more than double for pizza chains. When it comes to burgers, American diners have no shortage of choices.

But one drawback of such fierce competition is the loss of beloved legacy brands struggling to keep up. In particular, dine-in burger chains have, in recent years, had a hard time holding onto customers and keeping their restaurants open, and those difficulties have only been exacerbated in the past two years by the pandemic and the rise of their fast-food competitors.

Here’s a look at six once-popular burger chains that are currently shrinking, or in the case of one regional darling, disappearing for good.

This Atlanta-based regional darling was in trouble long before the pandemic even started. Its parent company filed for Chapter 11 bankruptcy at the start of 2020, citing reasons that made it apparent the chain was becoming outdated amid stiff competition. The rise of online delivery platforms and shifting consumer tastes put the chain behind the competition, and financial losses followed.

Krystal currently operates about 290 locations, some 120 locations fewer than it had 20 years ago. Not to mention, its sales aren’t where they should be compared to its competitors. According to recent data, its average unit volumes—aka average sales per restaurant—are 7% lower than they were a decade ago, and generally trail behind burger industry averages.

But the southern slider brand has been making some serious moves to turn around its demise. It has improved its menu—including the crucial menu pinnacle that is fries—and is looking to grow again with a much smaller, more efficient footprint that foregoes dining rooms.

Residents of San Antonio have recently lost one beloved burger destination. Just last month, regional chain Hometown Burger shut down all eight of its restaurants without much of an explanation.

“We thank you for your business over the years,” the company said on its website, confirming that the business is defunct. “We’ll see you on the flip side.”

Customers, however, have mostly expressed one major point of frustration with Hometown—its wait times.

“When a new location opened, ALL the Google reviews complained about one thing: the wait in line,” one person wrote on Reddit. “If you arrived expecting the wait, it wasn’t bad at all, but surely this played a factor in many people not coming back, unfortunately for Hometown Burger.”

Founded in 1935, this family-friendly dine-in chain is a veteran of the restaurant industry, beloved for its famous homemade ice cream and Big Beef Burgers. At its peak in the ’90s, Friendly’s had a footprint of about 850 locations. In the past decade or so, however, it has been struggling to stay afloat.

Friendly’s was showing warning signs of a possible demise as early as 2011 when it first declared bankruptcy. Its parent company, Sun Capital, sold the chain off to Dean Foods in 2016. Between 2017 and 2020, Friendly’s footprint shrunk by about 50%—from 231 restaurants to just 130—and the chain closed out 2020 with a second bankruptcy.

Currently, the number of Friendly’s restaurants is idling at about 125. It’s not all bad news, though. Friendly’s was acquired out of bankruptcy by Amici Partners Group in 2021, and is now looking to pivot to fast-casual with an updated menu and a new restaurant prototype dubbed Friendly’s Cafe.

Founded in 1986, Johnny Rockets is beloved for its retro decor, hand-spun milkshakes, and premium hamburgers. But the brand has had a difficult past decade or so, handed off from one parent company to another, and watching its store count steadily decline.

The chain was acquired by RedZone Capital in 2007, with the investment firm announcing plans to expand the chain’s footprint. After just six years of ownership, however, RedZone sold the brand off in 2013 to Sun Capital Partners. That partnership was, similarly, short-lived, and Sun Capital passed Johnny Rockets off to FAT Brands by 2020.

During its tenures at Sun Capital, Johnny Rockets struggled to maintain its U.S. footprint, and between 2015 and 2019, it lost 45 locations. A 2021 estimate puts the Johnny Rockets store count at just 147.

Founded in 1972, Ruby Tuesday took off in the ’90s alongside casual-dining peers like Applebee’s and TGI Fridays. The chain sustained that growth well into the early oughts, with its stock price peaking in 2004, at $33 per share.

Nearly two decades on, however, Ruby Tuesday is not the brand it once was. The casual-dining chain posted steep losses in 2014 (of $34.4 million), and after several years of losses announced plans to sell itself to a private equity group in 2017. That deal was finalized in late 2020, around the time of Ruby Tuesday’s first bankruptcy filing.

A legacy brand, TGI Fridays has been around since 1965. The chain got its start as a singles bar but pivoted in the mid-1970s to family dining. Like Ruby Tuesday, TGI Fridays was prosperous in the early 2000s, expanding rapidly at home and abroad under the ownership of holding company Carlson.

But in the decade following the 2008 recession, things took a turn for the worse, and TGI Fridays had to close more than 200 of its restaurants. Carlson offloaded the chain to private equity in 2014, and in the eight years since, TGI Fridays has struggled to find its footing. It announced a plan to go public in 2019 but then called the whole thing off in 2020.