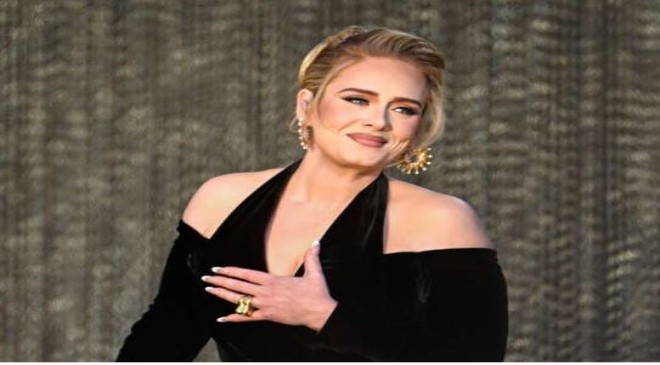 They changed their life for a good reason!

Many Hollywood stars have changed their diets in a bid to lose weight. Some have achieved spectacular results in the process, losing more than 100 pounds. Find out who they are and how they did it!

Jessica Simpson weighed 240 pounds in 2019, after giving birth to daughter Birdie Mae. However, she got rid of 100 pounds with the help of a personal trainer, walking 14,000 steps per day, sleeping at least seven hours every night and by adopting a balanced meal plan. In a celebratory Instagram post, Jessica wrote: “Even when it felt impossible, I chose to work harder.”

The actor revealed to Men’s Health magazine that, at one point, he was weighing 536 lbs. However, things changed when he met the love of his life, his now-wife Brandy, and he lost 250 lbs. Speaking to People, Suplee explained: “I became, for the first time in my life, kind of interested in the future and having experiences with her. Like spending a day walking around a museum or going on a trip or hiking that I just wasn’t physically able to do.”

In 2015, the ‘Roseanne’ actor debuted a new figure and back then his personal trainer told outlets that he’d lost 150 pounds. Later on, the TV star revealed to AARP what his magical formula was. He said: “It was basically just portion control, and ‘I don’t need it,’ I was just shoving everything into my mouth.”

The ‘Price is Right’ TV host lost 100 pounds following his diabetes diagnosis, which made him “change [his] whole belief system.” In an interview with Success, Drew recalled: “I was eating a lot of garbage, I was drinking a lot, so I had a lot of mood swings. I had diabetes. It wasn’t like, ‘Eat this for 90 days and lose 20 pounds.’ It was: ‘Eat like this for the rest of your life.’ I’m not a maniac about it … I mean, I was at a wedding on Saturday, and I ate cake. But 95 percent of the time, I’m right on the money.”

Acclaimed screenwriter Shonda Rhimes lost 150 pounds, and she subsequently discussed her transformation in an interview with Health magazine. She said: “I did not do it because I thought I would become beautiful like in the movies. I did it because I could not walk up a short flight upstairs without stopping to take a break and wiping sweat from my brow. I did it because my body was physically rebelling against the brain that had been ignoring it for so long.”

Alana Thompson’s mother – who is best known for ‘Here Comes Honey Boo Boo’ – was weighing 460 pounds when she underwent a gastric sleeve surgery and she lost 300 lbs. in the process. She subsequently told ‘Entertainment Tonight’: “I’m happy that I went through with it and got what I wanted. I’ve been wanting it a long time. I’m always doing stuff for everybody else and never myself, so this is pretty much myself.”

‘Cheers’ actress Kirstie Alley lost 100 pounds back in 2011. Despite this, in an inspiring interview with Women’s Health, the actress made it clear that weight is just a number and that it shouldn’t be a synonym for happiness. She said: “It’s so important for women to look the way they want to look and feel the way they want to feel for their own reasons, not because someone’s telling them to or because it’s fashionable or trendy. Losing weight is losing weight, but just because you’re skinny doesn’t mean you’re happy.”

The former ‘American Idol’ star underwent gastric bypass surgery, which resulted in him losing 114 pounds. In a candid post on Unify Health Labs, Randy wrote: “You have to change the way you think about food. You have to almost have a complete divorce break-up … and start back bit by bit and find out the things that work with your body.”

By the end of 2019, the Marvel star decided to change the course of his life and develop healthier habits. The changes led to him losing 112 pounds. He later told Men’s Health: “I could not believe I let myself get this far. That’s what sort of started it all. I found a lot of light in the dark in the sense that a lot of people were suffering and I was fortunate and lucky enough to have found my health and all those things.”

The ‘Hello’ hitmaker told Vogue magazine that she lost 100 lbs. over a number of months. However, Adele’s ultimate ambition was to get rid of her bad habits, rather than losing weight. She explained: “It was never about losing weight, it was always about becoming strong and giving myself as much time every day without my phone. I got quite addicted to it. I work out two or three times a day.”