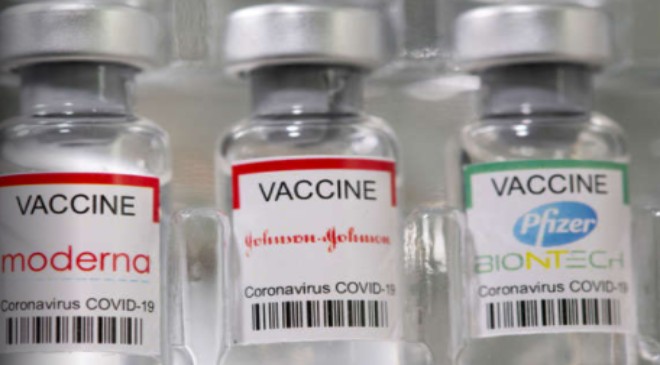 The global tally of COVID cases fell 11% in the week ending Sept. 25 from the week earlier, while the number of fatalities fell 18% to just over 8,900, the World Health Organization said in its latest weekly update.

The highest number of new weekly cases came from Japan, at 535,502, followed by the U.S., at 361,599, and Russia, at 353,826. As it has been doing for some time, the agency cautioned that the numbers may be undercounted as countries change testing strategies, with fewer tests being conducted and therefore fewer cases being detected.

The BA.5 omicron subvariant continued its dominance, accounting for 81.2% of cases that are sequenced and entered into a global database, the agency said.

The WHO has started a second round of public hearings on pandemic prevention and preparedness. The hearings were set up last December under an intergovernmental negotiating body, and the first round was held in April.

The hearings are being held today and Friday and are streaming here.

For this round, interested parties were asked to submit a video statement of no more than 90 seconds answering the question: “Based on your experience with the COVID-19 pandemic, what do you believe should be addressed at the international level to better protect against future pandemics?”

In the U.S., known cases of COVID are continuing to ease and now stand at their lowest level since late April, although the true tally is likely higher given how many people are testing at home, where data are not being collected.

The daily average for new cases stood at 48,806 on Wednesday, according to a New York Times tracker, down 22% from two weeks ago. The last time official numbers were below 49,000 was in late April.

Cases are rising in 15 states, the tracker shows, and are up by double digits in 11 of those. In Montana, cases have climbed 75% in two weeks, followed by Washington at 46% and Massachusetts at 50%.

The daily average for hospitalizations was down 14% to 28,765, while the daily average for deaths was down 12% to 404.The new bivalent vaccine might be the first step in developing annual COVID shots, which could follow a process similar to the one used to update flu vaccines every year. Here’s what that process looks like, and why applying it to COVID could be challenging. Illustration: Ryan Trefes

Other COVID-19 news you should know about:

• More than a third of COVID-19 recovery funds in 21 developing countries were scooped up by big corporations — not all of which were likely to pass along that relief directly to the people for whom it was intended, MarketWatch’s Rachel Beals reported. Those are the findings in a report released Wednesday by the Financial Transparency Coalition, a global network of groups focused on fighting illicit flows of money. The group argues that large companies collected the benefits, including loans and tax cuts, seemingly crowding out smaller businesses in need of relief, social programs and “informal workers.”

• The more than one million fans expected to travel to Qatar for this year’s World Cup are not required to be vaccinated against COVID, but they must show a negative result from a PCR test taken within 48 hours before arriving, according to Qatari authorities. Quarantine is also no longer mandatory for travelers arriving from overseas, but those who test positive on arrival will be obliged to self-isolate. Citizens and residents of Qatar age 6 and over must take a rapid antigen test within 24 hours of arrival in Qatar. The tournament kicks off on Nov. 20 and will run through Dec. 18.

• A Johns Hopkins University scientist who created a website to track COVID-19 cases worldwide is the recipient of this year’s Lasker award for public service, which comes with a prize of $250,000, the Associated Press reported. Award winner Lauren Gardner, an engineer who studies the spread of diseases, worked with her lab team to develop the COVID-19 tracker as the coronavirus began spreading worldwide in January 2020. The dashboard became a key resource and now tracks global cases, deaths, immunizations and other statistics. From the start, the tracker has been freely available to the public.

• Travel during China’s Golden Week holiday, which begins on Saturday, is projected to be at its lowest level in years, analysts say, as COVID concerns spur calls for people to avoid travel and stay in their cities, and economic woes dampen spending, Reuters reported. Golden Week is one of the longest stretches of public holidays in the country and celebrates the founding of modern China in 1949. Often viewed as a bellwether for consumer demand in the world’s second-largest economy, it’s a time when travel and spending traditionally peak.

Here’s what the numbers say:

The global tally of confirmed cases of COVID-19 topped 616.7 million on Thursday, while the death toll rose above 6.54 million, according to data aggregated by Johns Hopkins University.

The Centers for Disease Control and Prevention’s tracker shows that 224.9 million people living in the U.S., equal to 67.8% of the total population, are fully vaccinated, meaning they have had their primary shots. Just 109.6 million have had a booster, equal to 48.7% of the vaccinated population, and 23.1 million of those who are eligible for a second booster have had one, equal to 35.5% of those who received a first booster.