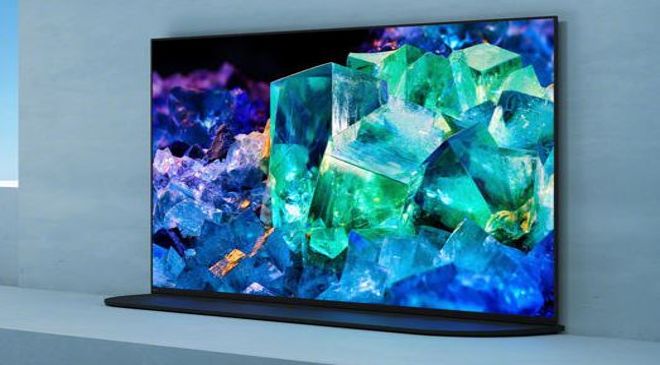 We’re big fans of QD-OLED TVs, which combine the best of OLED TV technology with Quantum Dots to deliver even brighter, more exciting visuals. But right now the price of QD-OLED sets can be pretty high: a set such as the sublime Sony A95K QD-OLED TV is currently around £2,399 in the UK for a 55-inch model, compared to £1,399 for LG’s fantastic C2 OLED TV.

That’s a big price gap, but it’s about to get a whole lot smaller. According to a new report from Display Supply Chain Consultants (via The Elec), there’s about to be a big change in the prices of OLED and QD-OLED displays. OLED prices have been falling quite considerably over the last year, but both LG and Samsung – the two key manufacturers of OLED displays – are going to stop spending on new OLED manufacturing equipment in 2023. That’ll arrest the price slides, and it’ll have the happy side-effect of closing the price gap between OLED and QD-OLED.

Why the OLED/QD-OLED price gap is going to shrink

According to the DSCC report, while Samsung – which is currently the only QD-OLED manufacturer – doesn’t plan to buy new manufacturing kit for those panels either, it’s got much better at producing QD-OLED displays with its existing manufacturing machinery. Samsung has found ways to make QD-OLED panels more cheaply, to make them larger, and according to the DSCC, to create simpler and thinner QD-OLED displays without having to splash out on new machinery.

QD-OLED is still a relatively new TV technology, and the number of TVs with QD-OLED panels is still tiny. But if Samsung’s getting more efficient at making them then we should see lots more models in 2023 onwards, most likely at ever more affordable prices: Samsung’s still in the early stages of optimising QD-OLED production, so there are still plenty of improvements that it could make that could bring the price of panels down.

Right now, I reckon OLED is still your best bet (although I really love mini-LED too; it’s a great choice if you want seriously bright panels and don’t need OLED TVs’ fantastic performance in darker scenes). But if OLED prices stabilise and QD-OLEDs get more choice and lower prices, we could see more QD-OLED TVs topping our guide to the best TVs in 2023.