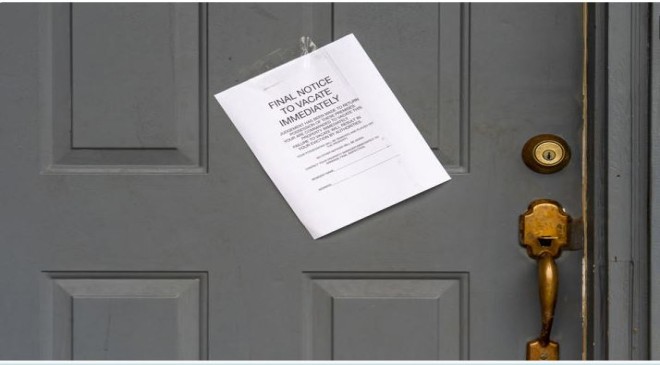 Internet commenters were quick to defend one home-owning family, which recently asked its tenant of 22 years to move out of the family’s second house.

In a viral Reddit post published on r/AmITheA**hole, Redditor u/myacc0unt79 (otherwise referred to as the original poster, or OP) said they have planned for decades to give their son the house as soon as he graduates from college but revealed how their longtime tenants have made that property transfer as difficult and humiliating as possible.

“When [our son] was born we bought a second home, always with the intention of gifting it to him when he was an adult,” OP began.

Continuing to explain that they listed their second home for rent immediately after purchasing, the original poster said a “lovely couple” started renting it and went on to have six kids over the span of 22 years.

The original poster also said their tenants were made aware of their plan to gift the house to their son, but seemed to forget about the arrangement as soon as it was time to look for housing elsewhere.

“When they started renting we…did tell them this house was eventually for our son,” OP wrote. “Our son graduated university in June…and we decided Christmas would be a good time to gift him this home.

“At the beginning of September we talked to our tenants and gave them a 2 month [eviction] notice,” OP continued. “They are not happy. They have been posting all over social media about what bad people we are, kicking them out, how they can’t afford to rent anything big enough for their family.

“Their Facebook posts have been shared in our local community and everyone is commenting about what ‘evil landlords’ we are,” OP added.

With the average home price in the United States hovering around $350,000, renting is the only option for many individuals, couples and families with children.

In 2019, data published by Pew Research Center revealed that, of the 123.6 million households in the U.S., more than 44 million are renting.

But while roughly 35 percent of American households reside in homes owned by someone else, a large portion of renters remain in the same property for a substantial amount of time, making rented homes feel like home nonetheless.

On average, tenants live in the same rental property for 27 1/2 months, according to ResidentRated.

However, more than 74 percent of renters have spent more than 12 months in their current property, qualifying for long-term renter status, according to Zillow.

Zillow also reports that the average stay for a long-term renter is seven years, which pales in comparison to the 22 years tenants spent in the original poster’s second home—a home they knew they would have to leave when OP’s son left college.

Throughout the comment section of the viral Reddit post, Redditors were astounded by the notion that the original poster was wrong for transferring ownership of their home, and called out their tenants for failing to prepare for a time they’d received warnings about for decades.

“[The f**k] kinda entitled nonsense is going on here where people are calling you a villain?” Redditor u/ThatsATallGlassOfNo wrote in the post’s top comment, which has received more than 10,000 upvotes. “All renters know they aren’t paying for their own mortgage and they have no entitlement to your property whatsoever.”

“[Not the a**hole],” Redditor u/badbreathbandit said, receiving nearly 5,000 upvotes. “You literally gave them 22 to years to prepare.”

“They have rented from you for two decades,” Redditor u/Acrobatic-Track3750 added, also receiving nearly 2,000 upvotes. “If they thought you were terrible landlords, they wouldn’t have stayed.”

In a separate comment, which has received more than 1,200 upvotes, Redditor u/Alibeee64 speculated that social media will soon be the least of the original poster’s concerns.

“I hate to say it, but they are probably going to be pretty destructive over the next few months and leave the place in less than ideal condition,” they wrote. “Be careful.”