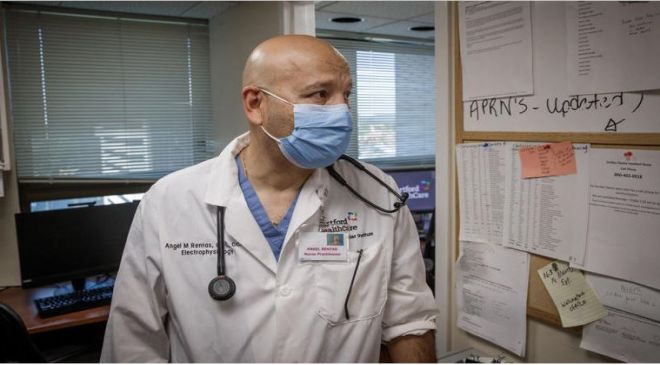 Earlier this week The United States Drug Enforcement Administration (DEA) issued a warning about rainbow pills that contain fentanyl. The brightly colored, small, candy-like pills are being used in an effort by drug cartels to appeal to kids and young adults, the DEA reports.

“Rainbow fentanyl—fentanyl pills and powder that come in a variety of bright colors, shapes, and sizes—is a deliberate effort by drug traffickers to drive addiction amongst kids and young adults,” a DEA representative said in the statement.

The pills are highly addictive, potentially deadly and were seized in 18 states this August. The DEA has also seized powder and chalk-like colored fentanyl that was made to resemble sidewalk chalk, the statement read. There have been concerns that some colors of the drug are more potent than others, but the DEA’s lab testing suggests that’s not the case.

Fentanyl, a synthetic opioid that is up to 100 times more potent than morphine, can make someone easily overdose after ingesting the smallest amount. Just two grams of fentanyl, which is roughly 15 grains of table salt, can be deadly. And because of its potency and its ability to be  masked into something else, like a rainbow pill, makes it currently the deadliest drug in the United States.

Medical experts insist that parents know the symptoms of an overdose and start having conversations with their pre-teen and teenage children about drugs as soon as possible. Symptoms to be aware of include: trouble breathing, vomiting or gurgling noises, limp muscles, purple or blue-ish fingernails and feeling clammy. If you know someone who is experiencing these symptoms, it’s vital that you call 911 immediately.

Experts also agree that speaking with your kids about the importance of never taking a drug or pill from someone, even a friend, is now more important than ever.

The director of Penn State’s Health Promotion and Wellness program emphasized the importance of this in a recent warning to university students about the rainbow fentanyl. The warning read, “Unless a drug is prescribed by a licensed medical professional and dispensed by a legitimate pharmacy, you can’t know if it’s fake or legitimate.”

Having open and honest conversations with your children around the use of drugs, and reminding them that medicine that is prescribed by a licensed health professional is the only type of drug they should be consuming.

Nemours Children’s Health, a leading pediatric research trial organization recommends talking with your children as young as eight about the harm drug use can cause. For kids in their teen years they suggest making a written or verbal contract on the rules around drinking or drug use, and enforcing it from day one.

“They may ask you more specific questions about drugs,” the site says. “By discussing this with your teen from the start, you can make your expectations clear and help them feel safe coming to you.”

Before you go, check out these inspiring quotes that can help people cope with grief: