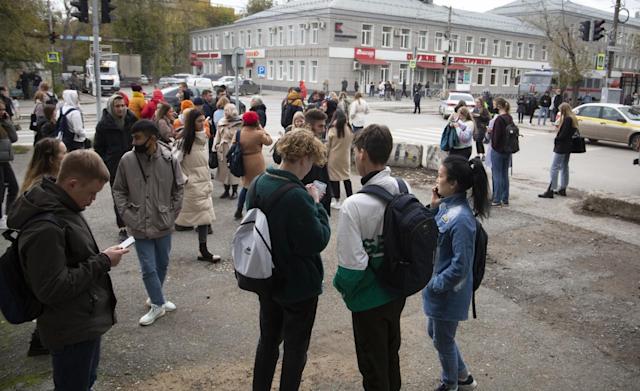 Aschool shooting has left six people dead, and at least 20 others wounded in the central Russian city of Izhevsk, according to officials.

Alexander Brechalov, governor of the Udmurtia region, released a video statement saying that the shooter, who has yet to be identified, entered a school in the city of 640,000 in central Russia and killed several children and a guard.

“There are victims among the children, there are wounded too,” Brechalov said.

Officials have yet to comment on the gunman’s identity or his motives.