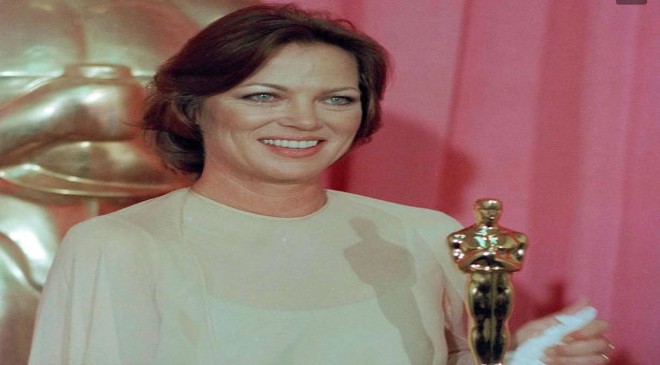 Louise Fletcher, who won a best actress Oscar for her role as Jack Nicholson’s cruel screen nemesis Nurse Ratched in “One Flew Over the Cuckoo’s Nest,” has died.

Fletcher died in her sleep surrounded by family at her home in Montdurausse, France, her agent David Shaul told The Associated Press on Friday. No cause of death was given.

The classic 1975 film “Cuckoo’s Nest” followed the patients and staff of an Oregon psychiatric hospital. The Milos Foreman-directed film won five Oscars in 1976, including best actress, best picture and best director. Jack Nicholson won the best actor Oscar for his indelible performance as patient Randle P. McMurphy, who flouts the tyrannical rule of Nurse Ratched in the ward.

Born in Alabama to deaf parents — Fletcher made one of the most touching acceptance speeches in Oscar history after her win.

Clutching her Oscar at the 1976 ceremony, Fletcher told the audience, smiling, “It looks as though you all hated me so much. But you have given me this award for it. And I’m loving every minute of it. All I can say is, I’ve loved being hated by you.”

She then tearfully addressed her deaf parents in Birmingham, Alabama, talking and using sign language: “I want to thank you for teaching me to have a dream. You are seeing my dream come true.”

A moment of silence was followed by thunderous applause.

After putting her career on hold for years to raise her children, Fletcher was in her early 40s and little known when chosen for the “Cuckoo’s Nest” role by Foreman, who had admired her work the year before in director Robert Altman’s “Thieves Like Us.” At the time, she didn’t know that many other prominent stars, including Anne Bancroft, Ellen Burstyn and Angela Lansbury, had turned it down.

“I was the last person cast,” she recalled in a 2004 Associated Press interview. “It wasn’t until we were halfway through shooting that I realized the part had been offered to other actresses who didn’t want to appear so horrible on the screen.”

The character was so memorable she would become the basis for a Ryan Murphy Netflix series, “Ratched,” 45 years later, starring Sarah Paulson as Nurse Mildred Ratched.

Fletcher also starred as a psychiatrist in “Exorcist II: The Heretic” (1977). On TV, she portrayed Bajoran religious leader Kai Winn Adami on “Star Trek: Deep Space Nine” from 1993 to 1999.

“Her contributions to the Star Trek universe will never be forgotten,” the official “Star Trek” Twitter page tweeted Friday.

She played the controlling mother of the famed title character in the 1989 biopic “The Karen Carpenter Story.” In 1996 Fletcher was nominated for an Emmy Award for a guest appearance on “Picket Fences,” playing the mother of Mayor Laurie Bey (Marlee Matlin).