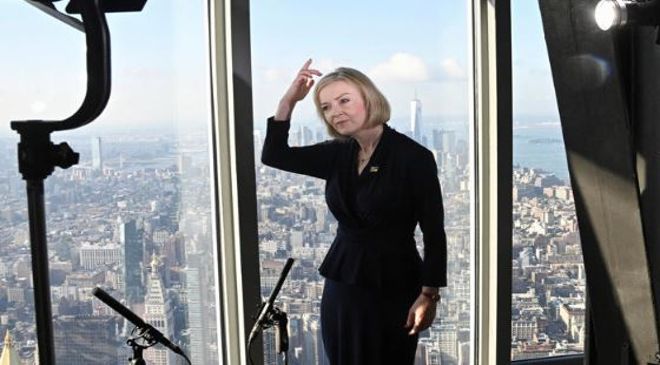 LONDON — The flowers have been cleared. Union Jacks no longer fly at half-staff. Ads have replaced Queen Elizabeth II’s image on bus shelters. A day after burying their revered monarch, Britons returned to normal life on Tuesday to confront a torrent of pressing problems they had set aside in 10 days of mourning.

Hours after the funeral ended, Prime Minister Liz Truss left for New York, where she is holding a round of diplomatic meetings on the sidelines of the United Nations General Assembly, which could set the tone for Britain’s relations with the United States and the European Union while she is in office.

At home, her government will roll out major initiatives this week to confront the array of economic and social problems Britain faces: soaring energy costs; surging inflation; pressure on public services, most notably the National Health Service; higher interest rates; and the specter of a recession.

While the queen’s death on Sept. 8 catapulted Ms. Truss to global prominence, giving her a speaking role before hundreds of world leaders at the funeral in Westminster Abbey, it also disrupted her plan to hit the ground running, with Parliament suspended just days after she moved into Downing Street.

On Wednesday, Ms. Truss is scheduled to meet with President Biden and the president of the European Commission, Ursula von der Leyen. On Tuesday, she met President Emmanuel Macron of France, whom she refused to characterize as friend or enemy during her recent campaign to lead the Conservative Party.

On her way to New York, Ms. Truss told reporters that Britain no longer expected to negotiate a trade deal with the United States in the “short to medium term.” At one level, that was merely an admission of what has long been clear. But analysts said it was also designed to remove whatever leverage the Biden administration has in pressuring Britain to resolve a dispute with the European Union over trade in Northern Ireland.

With a trans-Atlantic trade deal no longer on the table, these analysts said, Ms. Truss could take a harder line in negotiations with Brussels over the post-Brexit trade arrangements in the North. Those talks have been at an impasse, and Britain has introduced legislation that could upend the current rules that it negotiated and agreed upon, stoking fears that the tensions could erupt into a full-blown trade war.

“The objective was effectively to neuter U.S. leverage over the issue of the Protocol,” said Mujtaba Rahman, an analyst with the Eurasia Group, a political risk consultancy, referring to the legal construct that governs trade in Northern Ireland. “There’s less of a reason for her not to take a hard line with the E.U.”

Ms. Truss has argued that Brussels needs to accept major changes in the Protocol to fix the trade disruption and political paralysis that resulted from its agreement on Northern Ireland, which is part of the United Kingdom but shares an open border with neighboring Ireland, a member of the European Union.

To keep that border open, Britain had accepted checks on goods flowing from mainland Britain to Northern Ireland. But this arrangement alienated the main pro-unionist party in the North, which has refused to take part in a power-sharing government until Britain overhauls it. The legislation, which Ms. Truss introduced as foreign secretary, would lead to Britain scrapping the rules unilaterally.

The White House has repeatedly warned Britain not to take action that would jeopardize the Good Friday Agreement, which ended decades of sectarian violence in Northern Ireland. Mr. Biden, who makes much of his Irish heritage, raised it in his first call with Ms. Truss after she became prime minister.

The two leaders discussed “the importance of reaching a negotiated agreement with the European Union on the Northern Ireland Protocol,” the White House said in a readout of the conversation. In its readout of the same phone call, Downing Street pointedly did not mention resolving the dispute with Brussels.

The problem, Mr. Rahman said, is that the gaps between Britain and the European Union are so wide that they may elude a settlement. Ms. Truss owes her recent victory in the Tory leadership contest in part to the support of hard-line Brexiteers in her party, who do not want a deal with Brussels.

“That’s where the political reality may bite,” he said. “There may simply not be a landing zone, given the objectives the government is seeking.”

Simon Fraser, a former top official in Britain’s Foreign Office, said Ms. Truss should use her meetings in New York to “calm the mood with the E.U. and move on with Macron. The funeral may have created a mechanism for this.”

On Thursday, the new health secretary, Thérèse Coffey, will tackle another threat: mounting pressure on Britain’s overstretched National Health Service, which is struggling to cope with a huge backlog of health care from the pandemic.

But the major domestic push is expected to come on Friday when the new chancellor of the Exchequer, Kwasi Kwarteng, outlines his plan to reignite economic growth and explain how he can finance his promises to shield consumers and businesses from spiking energy costs while also cutting taxes.

Fears that fiscal discipline will be sacrificed have put pressure on the pound, which is trading at its lowest levels against the dollar since 1985. That, in turn, threatens to raise the cost of imported goods, undermining efforts by the Bank of England to curb inflation as it prepares for another likely increase in interest rates on Thursday.

Some details of the government’s agenda are also bound to draw protest, in particular a plan to lift the cap on bonuses for bankers, which critics view as insensitive at a time when many Britons face financial hardship.

Ending a moratorium on hydraulic fracking, another of Ms. Truss’s commitments, is certain to be contentious even if the government says that it will allow shale gas to be extracted only where local communities consent.

And a decision by Mr. Kwarteng to remove a highly respected senior civil servant at the Treasury, Tom Scholar, also alarmed some skeptics who fear the new government might be unwilling to listen to advice.

On Tuesday Ms. Truss defended her economic plans, telling the BBC that she was willing to make “difficult” decisions, like lifting the cap on bankers’ bonuses, to foster economic growth. Her plans to reduce energy bills would cut inflation, she added.

Despite the disruptions, the solemn events of the last 10 days have allowed Ms. Truss to introduce herself to the public in a nonpartisan way, meet more foreign leaders and give her team the chance to refine some flagship policies.

“It’s given them a bit longer to fill in the detail and work things out,” said Jill Rutter, a former civil servant and a senior fellow at the Institute for Government, a London-based research group. “The question is whether they have been able to use that time when they were not being forced into the TV studios.”

Now, Ms. Rutter said, “The initial verdict on her premiership will come in the next few days.” 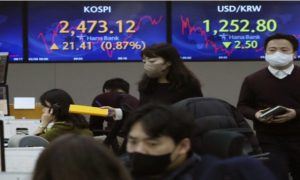