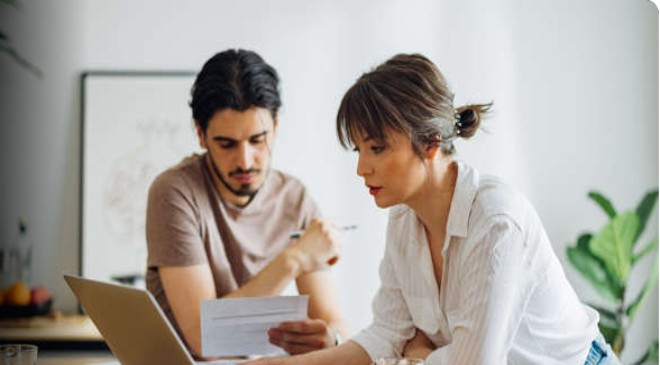 The internet has urged a woman to contact HR after her “nepo-hire” coworker called her a “bimbo.”

Published on Reddit’s r/AmITheA**hole forum, a woman under the anonymous username u/meaian shared her story in order to receive feedback from the “AITA” community. The viral post has over 13,000 upvotes and 1,000 comments.

The original poster (OP) began her story by explaining that she recently started working at a “prestigious” company that is very male-dominated. She wrote that she is the only woman on her team that is apparently the “more diverse” team as she and a few others are people of color. She said that she feels that it’s a “challenging and isolating” experience as the only woman of color on the team.

The OP explained that she has a white coworker she referred to as “M” and how he is the nephew of the CFO (chief financial officer). They began their positions at the same time and described M as an “entitled douchebag” and “incompetent.” She wrote that he didn’t particularly like her from the beginning, would try to start arguments and was very competitive. She wrote that it was difficult to deal with as she didn’t want to lose her job.

Last month, her boss chose her over M to accompany him to a company event and M did not take it lightly as he “assumed” he would be invited. She wrote that he became a “bigger a**” ever since.

The OP began to explain where the conflict began. She and another female coworker went to lunch together and M “insisted” that he’d join them. During their lunch, M asked the OP a lot of questions regarding the event which she didn’t want to discuss with him.

He accused her of “manipulating people to get ahead” which she deemed ridiculous. He also insisted that their boss wanted to “show off his exotic diversity hire.” The OP explained that she is multiracial and comes from a poor/dysfunctional background and that M told her she “ticked a lot of those boxes.”

She wrote, “We argued back and forth (with him accusing me of having it easy- again RIDICULOUS) til he once again said that I’m an obvious diversity hire ‘bimbo.’ I was extremely p**sed and told him that he’s a privileged nepotism-baby who literally gets things handed over to him. I said that he’ll forever bask in mediocrity, blissfully unaware of how utterly incompetent he truly is. I also told him that nobody will ever say that to his face so he should be happy I’m doing him a favor. (I said this knowing full well that I’d lose my job in the worst case scenario).

“Our colleague gasped immediately and told me to apologize to M, who looked taken aback and confused more than anything. However I didn’t apologize and just left. Later on M told me that what I said was ‘f**ked up’ and ‘crossed the line’. He claimed that he didn’t insult me and that I took it way too far. Then he said that I’m ‘lucky’ that he’s choosing not to report this,” she concluded.

In the comment section, the OP confirmed that she is taking the situation to HR and said that she is leaving. She wants a record of M’s behavior for “future reference.”

Newsweek has published several articles regarding conflicts between coworkers including how debate sparked after a woman excluded a co-worker from having a birthday cupcake and a worker was applauded online for insulting their manager in front of their boss.

What to do if you need to report a coworker

Do you find yourself in a similar situation as the OP where you feel you should report a coworker for their behavior towards you or a certain conflict that you can’t fix yourself?

According to Indeed, most people file complaints against someone if they are harassed, intimidated or discriminated against. Here are some tips on how to file a complaint letter to your boss or human resources:

“He’s too embarrassed to report this, because what you said is true,” u/PittieLover1 wrote in the top comment of over 20,000 upvotes, “I’m curious, did your coworker also gasp at the racist and misogynistic things this guy said and demand HE apologize to you? If not, why not? [Not the a**hole] and wish I’d been a fly on the wall to see nepo-dude’s smug and entitled demeanor crumble.”

“No, she was quiet throughout but I’m not surprised tbh,” the OP replied.

“[Not the a**hole]. But move NOW. Get your butt to HR and take control of this situation. Also take responsibility for what you said. Get everything out in the open and ON THE RECORD. Seriously–move now on this,” u/ElKristy said.

“[Not the a**hole]. And honestly, given that other people heard it, I’d report him to HR. People can argue away a lot of stuff but calling a female coworker a ‘bimbo’ can’t really be argued away,” u/HolyGonzo urged the OP.

U/LexGuy12 commented, “[Not the a**hole]. His behavior is simultaneously racial and sexual harassment. It is completely unacceptable.”

“[Not the a**hole], people like this are just not used to being told the truth to their face. They all claim it’s just ‘banter and jokes’ until someone snaps back at them. Calling a woman a bimbo is also crossing a line and defitnitly is an insult. And this is why he’s not making a report,” u/Minachoupinette explained.