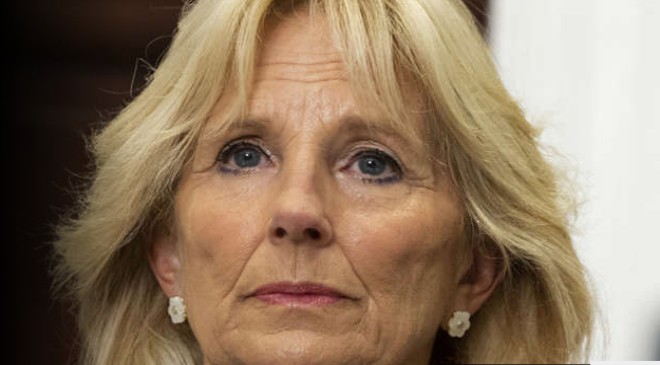 Of the 66 million Americans who receive a Social Security check every month, according to the Social Security Administration, one couple claiming benefits may come as a surprise: President Joe Biden and the First Lady Dr. Jill Biden.

As American citizens over the age of 70, the Bidens are entitled to these benefits even if they do hold the highest offices in the country. The SSA also notes that recipients can still work and claim benefits just as the Bidens do — and they are entitled to the full amount as long as they have reached full retirement age, which the U.S. government currently stipulates as 67 years old.

So how much money do POTUS and FLOTUS receive from Social Security every month? That requires a look at the Bidens’ tax filing data. Most American presidents over the last several decades have publicly released their tax documents for American voters to have as a reference, except for former President Donald Trump.

The Bidens started doing so a few years ago when the future president was first on the campaign trail, and their latest joint 2021 filing is on public record at the official White House website. On the 1040 form, line 6a lists the total Social Security benefits received for the year. The combined amount for both Joe and Jill comes out to $54,665. That breaks down to roughly $4,555 a month or $2,277 for each spouse per month.

This figure is well above the average monthly benefit as noted by the SSA as $1,669 for retired workers. However, the Bidens are among some of the wealthiest in the country so it makes sense their benefits would be reflective of their high earning status. As noted by Forbes, the couple brought in about $22.5 million from 1998 to 2019, with a large proportion coming in from the Bidens’ book sales and other speaking gigs after leaving the White House in 2017 (when Joe Biden was then the vice president).

The way the monthly amount for retirees is determined is by the SSA using the average from 35 years of a worker’s indexed earnings. Of course, the Social Security Administration puts caps on the total amount any individual can earn from the program. As of 2021, that figure is $3,345 and the Bidens are about $1,100 under that threshold.

Curiously enough, Forbes notes that Biden was claiming his rightful Social Security benefits even before entering the White House as VP in 2008 when he was 66 years old. That was prior to him reaching full retirement age and the article noted he had been receiving about $6,500 from Social Security annually at that point. As of 2009, when he did reach the full retirement age of 67 years old, he was able to receive more benefits. Forbes notes that between 2009 and 2019, the Bidens received a joint total of $385,000 in Social Security.

Their current earnings of $54,665 are also taxable — as noted on the Bidens’ 2021 tax filing, line 6b, it was recorded that $46,465 was taxable based on the fact that their adjusted gross income is so high, leaving 85% of their benefits subject to taxation per rules put forth by the SSA.

With cost Of living adjustments (COLA) announcements coming likely in October, which will raise the benefits received for all of 2023, the Bidens might bring home even more in Social Security.

As GOBankingRates recently reported, some experts are expecting there to be as much as a 10% jump in monthly checks, if the Consumer Price Index keeps increasing the way it has, which is what the SSA uses to calculate the adjustments. If that is the case, the Bidens could bring in more than $60,000 a year in benefits going forward.