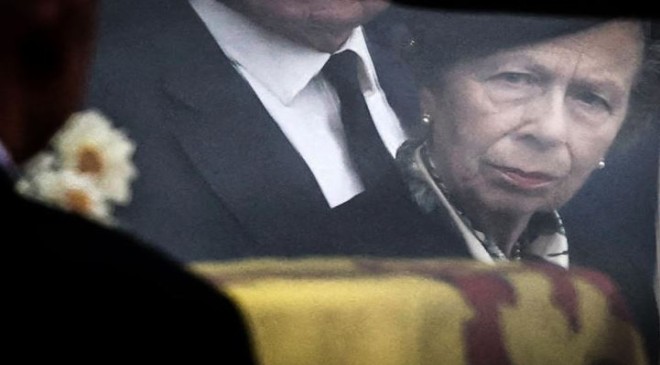 Princess Anne, the late Queen Elizabeth’s no-drama daughter long known as the royal workhorse, has been front and center after her mother’s death, prompting many to wonder: Why don’t we see more of her?

First reason: The media have not been as interested in her as they are in gossip about whatever the younger royals are up to. And second, Anne, 72, likes it that way. The Princess Royal, as she is known, doesn’t do gossip – or self-promotion.

Instead, she does her job with a minimum of fuss, showing up month after month, year after year, cutting ribbons, visiting charities, opening hospitals, attending meetings, unveiling plaques. Anne is one of those royals who takes her great-grandmother Queen Mary’s famous dictum seriously.

“We are never tired, and we love hospitals,” said the queen consort to George V about the royal show. Like great-granny, Anne has long been more respected than adored.

When Queen Elizabeth II died at her Highlands castle in Scotland, age 96, Anne, who was very close to her mother, was there with her brother Charles. A woman who rarely displays her emotions, pictures showed Anne’s heartbreak on her face. But she carried on, escorting the queen’s coffin home through days of ceremonies in Scotland and in London leading up to the funeral Monday at Windsor Castle.

Pictures and video of Anne – a former Olympic athlete previously known for her poker face and steely mien – evoked sympathy and admiration for her fortitude. And she made history as the first royal woman to march in the funeral processions and stand vigil by the queen’s coffin with her brothers.

Now there is an expectation she will be more prominent in the reign of her brother, King Charles III. She might even be returned to the status of “Counsellor of State,” one of five top royals delegated to step in if the king is incapacitated or abroad.